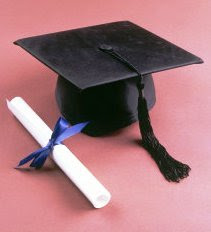 The Rebbe’s vehement opposition to studying in secular colleges is well-known, but deserves to be publicized further.

Here are two translations I made of statements of the Rebbe on this topic. To sum up, the two main reasons that the Rebbe says that it is prohibited are exposure to an environment of loose morals and of heretical ideas. (See here, where the Rebbe encourages those who set up Touro College as a substitute for secular colleges.)

Learning in college is not merely a matter of learning facts. It means to be exposed to certain circles and activities that are antithetical to the values and faith of the believer. It would be like taking someone from a warm environment and casting him into cold water—“shock treatment”—several times a day. How long would he be able to survive?

In addition to this, the studies in university are set up to be at an age in which one’s personality is not yet sufficiently developed, usually before the age of thirty, and the exposure [to negative influences] then is more dangerous.

It must be pointed out—although in fact it should be self-evident—that all the above is completely unrelated to the issue of learning in college, university, or the like, where the prohibition is severe, and the danger great—and it is known that exposing oneself to danger is even worse than violating a prohibition. The entire atmosphere and weltanschauung of the environment in these institutions nowadays is permeated with the denial of Divine Providence, the notion that no entity or force can interfere with natural law, so much so that this is accepted as axiomatic and thus not even requiring proof, and as the foundation of all the studies, which need not even be explicitly mentioned.

In most of these institutions heresy and idolatrous religions are studied,[1] and so on.

In the vast majority of these institutions there are no boundaries of shame and modesty, to the extent that they belittle and mock those who maintain such boundaries. On the contrary, the more immoral one is, the more highly he is regarded.

The appalling situation in the campuses, dormitories, promenades, and so on, is infamous. One should not elaborate concerning shocking phenomena in general, and certainly not when it has reached the awful extent that it has in this case.

As for the famous claim that he or she will not be harmed and will overcome the test, and so on, the simple answer to this is also well-known: Even a perfectly righteous person, on the last day of his one-hundred-and-twentieth year on the earth [i.e., immediately before his passing], begins his day, before all his other prayers, by pleading before G–d: “Do not bring us to a test.”[2] This matter deserves further elaboration...

Posted by Yehoishophot Oliver at 9:46 PM

Email ThisBlogThis!Share to TwitterShare to FacebookShare to Pinterest
labels: relating to the secular world, tests of faith, the Rebbe's directives