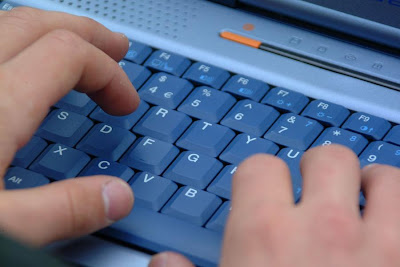 This can perhaps be tied to a similar statement of the Rebbe, the Tzemach Tzedek: “A word spoken is public knowledge; in writing, it is for the entire world; and in print, it is for all future generations (Igros Kodesh HaRayatz, Vol. 2, Letter # 558).”

The connection is simple and straightforward: The further we express ourselves, the more of an impact we make upon the world. Thus self-expression requires caution, for we want to make sure our impact on the world is for the good. Thus, we are told to calculate our communication in every context of expression:

Some statements are constructive in the privacy of one’s thoughts, but better left unsaid.
Others statements may be communicated privately, but will be detrimental if communicated publicly.
Still other statements may be communicated publicly, but not in a way that affects future generations as well, for whom this statement may be confusing and misleading.
What irks me about the blogosphere, and I mean the “frum” Jewish blogosphere, is a widespread lack of ... refinement (following the “example” of the secular world, of course). People think that because they’re anonymous, or at least so they think, they can say whatever they like. So many blogs are:
All of the above constitute either prohibited or inappropriate speech.

Sadly, these blogs are usually also the ones most widely read. Human nature is that negativity, crudeness, heresy, and the like, naturally attract much more attention, and unfortunately frum Jewry is no exception.

I’m not suggesting that important topics of public concern should be “shoved under the carpet.” Yes, there are times when someone needs to speak out against injustice, distortion, and so on. One should not be silent in the face of evil, lest one’s silence be taken as consent, G–d forbid.

What should be our focus? Serving Hashem. Spreading light.

So there is a balance to be drawn, and not everyone succeeds. But are they mindful of the need to do so?

Even if there seems to be what to criticize, and even assuming that one is right, the whole world does not need to know what he is thinking. Think twice about just how constructive that criticism is. What does one hope to accomplish? Is he genuinely trying to help the situation, or just venting without thought?

I wonder how many of these bloggers went to the trouble to study the Chofetz Chaim’s laws of appropriate speech before posting content that is at the very least halachically questionable.

I understand that people are human, and have thoughts and feelings that they yearn to express, and the blogosphere is an outlet for such expression. But just because you are feeling something, that doesn’t mean you should express it. And if you need to discuss it with someone, perhaps speak to a Rav, a lay advisor, or a close friend. I’m not saying that one shouldn’t express one’s thoughts and feelings, but that one should “think twice.”
Posted by Yehoishophot Oliver at 11:01 PM