The Shalit Deal--Disgraceful and Deadly 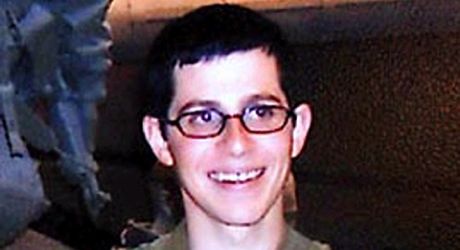 The Shalit Deal—Disgraceful and Deadly

This is not the normal kind of topic that I write about on my blog, but this time I’m making an exception.

The Israeli government has declared that in a short while it will exchange Gilad Shalit for over a thousand convicted terrorists serving life sentences. Now, saving a captive is one of the greatest Mitzvos in the Torah, but not when done in this way. With all due respect to Gilad’s family and various other well-meaning supporters, this “deal” is evil and obscene:

1. High risk of re-offense, G–d forbid: Letting loose terrorists with blood on their hands endangers Jews who would, G–d forbid, be their next target. This has happened before countless times, and not even the most ardent advocate of this deal doubts will happen again this time. In fact, according to this article, sixty percent of freed terrorists re-offend. Now, this objection would stand even if only one terrorist were to be released; all the more so in this case, when over a thousand are to be released. These excuses for human beings running amok in society is tantamount to hundreds of stabbings, sniping attacks, or suicide bombings waiting to happen, G–d forbid. Once these attacks begin, G–d forbid, I wonder what the pro-deal camp will say, or how Gilad and his family will manage to live with themselves.

2. Rewarding terror emboldens the enemy: When you surrender to terrorists in any way, you show them through your actions that their acts of cold-blooded mass murder pay off. In this case, the Israeli government should have treated this capture as an open act of war and gone on the offensive by occupying the entire Gaza, executing terrorist prisoners, cutting off Gaza’s electricity, taking prominent Arab leaders captive, and so on, until Gilad was released. Instead, the Jews have shown the terrorists that Jews are weak and cowardly, and that abduction is a highly effective method for the enemy to achieve its goals. So now that the the enemy sees that the Jews have capitulated, they know to continue such acts again, and again, and again, G–d forbid, thereby manipulating the Jews in power to cede to their every demand. So this tremendous emboldening of the enemy makes the Jews in the Holy Land in general much more at risk of being captured, G–d forbid.

3. Strikes fear into Jews: Terror means more than cowardly killing people in cold blood. Terror is a strategy and philosophy that advocates using violence to drive terror, i.e., fear, into the hearts of the target population, in order to bring them to capitulate to the terrorists’ demands. So when those in leadership play right into the terrorists’ hands by acting out of fear and a sense of powerlessness, these leaders in effect promote fear among the Jews they were charged with bravely leading and protecting. In the case of this deal, these released murderers will go on to become community icons, bragging to their Arab brethren about their “courageous feats,” inciting others to do likewise, and continuing such activities with even greater zeal, may G–d save us. This increased danger and sense of vulnerability creates an atmosphere of low morale and fear among the general Jewish populace, military and civilian.

3. Destruction of deterrent power: Even once terrorists are in prison, they will know (as they have after past deals, and all the more so now) that it’s only a matter of time until their cohorts capture someone else and use that captive as a bargaining chip; this knowledge encourages them to commit terror, secure that not only will they not be put to death when caught (which is what we should do—see point #9 below), but they may only have to sit a few years (indeed, many of them boasted just that when they were first imprisoned, and to our disgrace, their arrogant words proved correct).

4. Affront to families of victims: What about the many hundreds of grieving families of the victims of these prisoners? They were assured that their slain relatives’ murderers would never see the light of day. How will they feel now, knowing that not only were their loved ones not brought to true justice by being executed, but they are being set free? Why don’t these families at least have a say in these deals? And why were most of them not even politely informed of the court’s decision?

5. Violation of Jewish law: Jewish law unequivocally forbids any deal of this kind, according to the principle of the Gemara[1] that Pikuach Nefesh, saving a life, does not override the prohibition against killing another Jew. Here is not the context to discuss this topic on a more technical level, but Jewish law explicitly prohibits a ransom of this kind.[2]

6. Warped morality: The Midrash warns: “Whoever is kind to the cruel will end up being cruel to the kind.”[3] True, every Jew is priceless: “Whoever saves a Jewish life, it is considered as if he saved an entire world.”[4] And yet the thought to release hundreds of vicious murderers for the sake of saving one Jew is warped morality; it is misplaced kindness and compassion that stems from Kelipah, the forces of impurity (see here and here). This is why Hashem gave us the Torah, which is called “a Torah of light,”[5] for it illuminates our way in this dark world, “a world of falsehood.”[6] In this context, Torah would have been vital for the Jews striving to free Gilad to approach the matter with moral clarity. Yes, they may have meant well, but without Torah as their anchor, they were bound to sink into a bottomless pit of moral confusion, doing harm when they sought so sincerely to do good. May they come to realize the foolishness of abandoning timeless divine morality in favor of their own highly limited intellects.

7. Farce of the justice system: How is it that unrepentant mass murderers are let loose en masse, but criminals convicted of crimes incomparably less severe must do their time? And this complaint applies all the more with regard to Jews in prison for actions that were perhaps misguided, but were reactions to attacks, motivated out of a worthy desire to protect Jews, such as those imprisoned for throwing rocks back at Arab youth who were throwing rocks at them, and the like.

8. Disgrace before the world community: Jews should be setting an example of proper behavior for all mankind—being a “light unto the nations.”[7] In the case of this deal, they have failed miserably. I cannot imagine any other country negotiating such a disgraceful deal. Look at how America went and occupied Afghanistan as soon as it viewed it as a terrorist threat, and later on, Iraq. The world respects those who respect themselves. Such craven concessions as these lead the nations to look down on Jews in general, and greatly weakens the case of the Jewish people to live in their G–d-given Land.

9. No mercy on mass murderers! Lastly, I can only reiterate the Rebbe’s words[8] warning the Israeli government to execute terrorists. a. This is this the punishment that these scum more than deserve; b. it deters further acts of terror; c. most importantly, it protects, or at least significantly decreases, the likelihood of Jews being abducted, because if there are no convicted murderers being held, there is no one to exchange (not that there will not be Arab criminals in prisons in the Holy Land, but their crimes will not be related to terror, and so there will be less of a desire on the part of the terror groups to free their comrades).[9]

Based in part on the Rebbe’s public talk of Motzoei Shabbos Parshas Bamidbar, 5739.

ETA: Thank G–d, Gilad Shalit has returned to the Holy Land! We are overjoyed for him and his family, and we wish them all the best; however, we continue to object to the means by which this was done, and express our concern for the long-term repercussions of this release.

This post was dedicated by Reb Yisroel Meir Rafael and family.

Like what you read? The articles I write take a lot of time and effort. Please contact me to sponsor an article for $36 in honor of the birthday, wedding anniversary, or yarhtzeit of a loved one, or for a refuah shleimah or the like. Also, see here concerning the tremendous merit of supporting the dissemination of Chassidus, and the blessings that one receives for doing so.
Posted by Yehoishophot Oliver at 7:58 PM