Television: The Ruination of a Generation 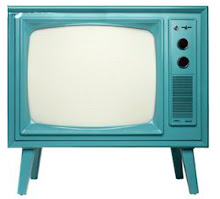 Television: The Ruination of a Generation

Below is the Rebbe’s famous letter about television, translated in full. Every individual can draw their own conclusions about this letter’s relevance to more modern technologies.


Television  is an unparalleled breach of standards. Even the non-Jews have now come out with a campaign against television, which is devastating for children. They are considering how to restore the situation as much as possible.

How shameful it is that in this case, Jews must learn from non-Jews. Moreover, we can see [how much of an effect it has had on the Jewish community] from the case of the four Jewish boys [who were recently involved in a murder], and other similar cases of killing and murder. Everyone admits that one of the causes of this is television and movies, where killings and shooting are viewed.

Moreover, even if one thinks that he will only view the “pious” programs on television that one is allowed to view, how can the parents guarantee that the children will not view other, forbidden programs as well? The children will argue that if the parents view television, they may also view whatever they want – and especially here in America, where children aren’t so obedient to their parents.

And who can guarantee that the parents themselves will not fall into sin? Today they will view a permitted program, tomorrow they’ll sneak a peek at another program, and little by little, everything will become permissible to them.

An obvious argument: How could the world have existed ten years ago, before television was introduced? Didn’t the world function just the same in all areas?

[Owning a television] will also result in another detrimental effect on others: When one knows that so-and-so, who has a full beard, has a television, and one doesn’t know whether that Jew only views permissible programs, he will view all the programs, even those that are forbidden to view, relying on that person’s conduct as permission.

One may ask, so why does so-and-so have a television? Are there not pious and even Chassidic Jews who have one? One should disregard them.

This is comparable to the 248 physical limbs. Not all the person’s limbs are healthy. One person’s eyesight is weak, while another is weak in anothare limb, and so on. Would it be reasonable for one to say that since another is sick in his eyes, he also wants to be sick in his eyes? So, too, with regard to spiritual matters: No one is perfect, and everyone does as much as he can in observance of Torah and Mitzvos. Why should one learn a fault from someone else?

Of all those who have a television, none will say that he bought it to increase his fear of Heaven or fine character traits. Everyone has an excuse for it – it’s a piece of furniture for his house, or for his wife. Or he says that he received it as a gift – should he throw it out?!

Once people were careful not to pass by a church; one would go around. A mother would not allow her child to go near a church or see a crucifix. Yet nowadays, through television they bring the church, the priest, and the crucifix into the house, Rachmana litzlan (may Hashem save us).

A young rabbi – in fact fine and G–d-fearing, from a pious yeshiva – related that he listens and watches television every day from twelve o’clock to one o’clock. At that time a priest speaks, and from the priest’s sermon, he gathers material to speak about from the pulpit in his synagogue! He said this sincerely, and he thinks he’s doing it for the sake of Heaven, so he will have what to sermonize about in his synagogue. He is oblivious to the tremendous sin that this involves.

Once, people would give up their lives not to hear a priest speak, but now, through television, they bring the priest into their home, and they even vest this in holiness, as being for the sake of Heaven.

This was the way of the early followers of the Enlightenment movement, whose motto was: “Be a Jew at home, but a mensch outside” – and some of them were even qualified rabbis.

Really, what was wrong with this approach? The Code of Jewish Law does not forbid this. Indeed, one shouldn’t go in the streets screaming, “I am pious!” So what was forbidden about their motto?

But did we not see from experience what happened to them? And among their children and grandchildren, no trace of Judaism remains.

We once related the story of a shochet (ritual slaughterer) in the village of Lubavitch who wore boots and was then fired from his position.

What was the prohibition? My father-in-law himself wore boots. Rather, in the time of this shochet, boots were a new thing, and only the Jews who dressed and acted like the pritzim [sing. poritz – the wealthy non-Jewish landowners], took part in their wild parties, and the like, would dress that way. If someone dressed like this, people knew that he had strayed from the proper path. In the end, it became known that this shochet and his family had indeed strayed from the proper path.

Posted by Yehoishophot Oliver at 3:13 PM