The call of the hour: Learn about redemption and Moshiach 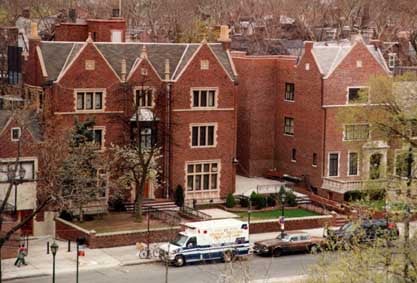 On this day, the 6th of Iyar 5751 (1991), the Rebbe called for every Jew to engage in the study of Torah in areas related to Moshiach and geulah as the most “straight path” to bring Moshiach:

What is the straight path—the easiest and quickest method from all of the ways of Torah—that the Jewish people as a whole should choose, now that they have finished their [divine] service in order to accomplish the revelation of Moshiach? ...
Moshiach is about to arrive, but he is yet to actually arrive. Thus, every single Jew should invest a final effort to bring Moshiach (not through pure Malchus, which is the role of king Moshiach himself, but rather) through Malchus of Tiferes. This refers to the concept of Moshiach, Malchus, as it is found in Torah, Tiferes. For as mentioned, through Torah (which corresponds to the role of Moshiach as a teacher) one elicits and reveals the lofty lights of the redemption (which corresponds to the role of Moshiach as a king) in an internally-felt manner.
Put simply, Tiferes is the idea of Torah study, and Malchus of Tiferes refers to studying Torah in areas related to Moshiach and the redemption as they are explained in numerous sources (it is easy to find them—through indices, which are plentiful in this generation, arranged according to the order of the alef-beis in the appropriate entries: redemption, Moshiach, and the like):


This is a foretaste and a preparation for the study of the teachings of Moshiach, of whom it is written, “A new teaching shall come forth from me.” He will teach the entire Jewish people the inner dimension of the Torah, the deeper mystical reasons for the Torah, thereby bringing them to know G–dliness [and fulfilling the exhortation] “Know the G–d of your father.”[5] As Rambam rules: “In that time ... the Jewish people will be great sages and know hidden things and comprehend their creator ... ”[6]

My intent is a call to action, and surely people will encourage and publicize this everywhere:

In order to accomplish the immediate revelation and arrival of Moshiach, every single Jew—men (both Torah scholars and businessmen), women, and children, each one on his level—should increase in Torah study in topics related to Moshiach and the redemption in particular.
It would be even better if this study would be held in public, with [at least] ten people participating. For in addition to the greatness of “ten [Jews] who sit and occupy themselves with the Torah, the Divine Presence rests in their midst,”[7] there is an extra advantage when topics related to Moshiach and the redemption are studied in public in terms of the excitement and joy that one feels in the heart, for in this way one’s yearning and anticipation for the coming of Moshiach becomes steadily more strong.
Thus, even those who wish to study in depth, and with scholarly debates (and even formulate novelties in Torah in topics related to Moshiach and the redemption), with calmness and careful deliberation through learning on their own, or with a study partner, should strive (from time to time) to take part in the study in which ten people take part, so that they will also attain the special quality of Torah study among ten Jews.
[1] Mishneh Torah, Laws of Kings, 11:2.[2] Zohar 3:124b. Cited and explained in Tanya, Iggeres HaKodesh, Epistle 26.[3] Kesser Shem Tov, #1. The Baal Shem Tov writes in a famous letter addressed to his brother-in-law, Gershon Kitover, that he ascended to the chamber of Moshiach, where he asked him, “When will the master come?” “When the wellsprings of your teachings are disseminated outward,” Moshiach responded. The Baal Shem Tov’s teachings are the teachings of Chassidus.[4] This is clearly a reference to the Rebbe himself, for although often the Rebbe uses the term “the Leader of our Generation” to refer to the Previous Rebbe, in this case the Rebbe refers to Likkutei Sichos, a set of books only authored by the Rebbe.[5] I Chronicles 28:9.[6] Mishneh Torah, Laws of Kings, 12:8.[7] Avos 3:6. See Igeres HaKodesh end sec. 23. Hisva’aduyos 5751, Vol. 3, p. 160, 163-164.

Posted by Yehoishophot Oliver at 11:22 PM

Email ThisBlogThis!Share to TwitterShare to FacebookShare to Pinterest
labels: Moshiach, the Rebbe's directives