When You're In Love, You Don't Complain 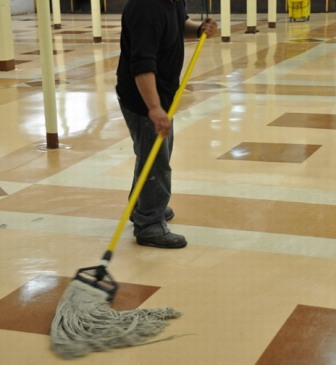 When You're In Love,
You Don't Complain

The Talmud states: “A person [i.e., a Jew] does not mind performing a Mitzvah, whether personally or with his money” (Pesachim 4b).

From time to time I’ve heard the complaint, “Oy, Shabbos is coming soon, we have to clean and cook,” and especially, “Pesach is coming, we’ll be in the kitchen for a week.”

Although this language is in a way understandable, I find it distressing.Mitzvos, even when they are physically difficult, should not be regarded as a burden. A Jew, who was created in order to serve Hashem, should be happy at the opportunity to perform a Mitzvah—even if doing so involves physical effort, inconvenience, and “even” financial expense.

But how does one reach this level? The truth is that one does not need to create this feeling, for a Jew feels this way by nature, as quoted above. This is because every Jew possesses a natural feeling of love for Hashem (see Tanya chs. 18-19, 25). However, due to various negative experiences and influences, he may become desensitized (see here) lose this feeling on the conscious level, thus losing touch with his true inner self. Love is then lacking in his relationship with Hashem, and in order for it to be revived, the Jew needs to work at refining himself.

But why is love of Hashem so vital? It cannot be denied that fear of rebelling against Hashem is enough to inspire a person to perform Torah and Mitzvos.

The answer is that although fear of Hashem is a necessary starting point, when we serve Hashem out of fear alone, we ultimately come to see serving Hashem as a burden, leading to complaints such as those listed above.

So how can a Jew come to serve Hashem out of deep love, such that he is inspired to perform Mitzvos unbegrudgingly? This can only come through knowledge, as we can understand from our relationships with people. For instance, although we don’t know the policeman, we obey him out of fear of the repercussions. This fear is real and effective. In contrast, genuine love comes through knowing and appreciating another person on a personal level.

So how can one come to know Hashem, the Object of this love? By studying sources that describe Hashem’s greatness (which have been revealed in our generation in the teachings of Chassidus) and connecting to Hashem in a personal way through prayer, which involves reflecting on all of Hashem’s kindnesses to the person. Slowly but surely, this will lead the person to serve Hashem out of love. Not only will the Mitzvos not then be regarded as a burden, but as a priceless privilege and opportunity.

The same principle holds true concerning a chossid’s relationship with the Rebbe.

Some people have committed to be chassidim, but sadly their relationship is primarily based on fear, not love. They don’t want to disobey the Rebbe’s directives because they believe that that would be wrong, and/or because they know of stories of others who did so and did not prosper. However, they lack a significant appreciation of what a Rebbe is, and a sense of a personal bond with him.

This feeling of love will not come on its own. It needs to be actively developed. One can accomplish this by learning about the meaning of the concept of a Rebbe (e.g., on this blog), his relationship with chassidim, and reminding oneself of all the guidance and blessings that the Rebbe has showered upon oneself personally.

Email ThisBlogThis!Share to TwitterShare to FacebookShare to Pinterest
labels: being inspired, love for the Rebbe, love of Hashem, Pesach