The Inner Struggle Against Spiritual Desensitization 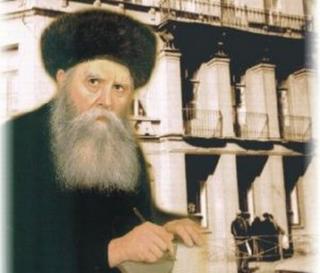 The Inner Struggle Against
Spiritual Desensitization

Our sages say, “A person does not sin unless possessed by a spirit of foolishness.”[1]  It is “foolish” because it seeks to entice the person to sin by concealing from him the truth.

The core truth that the “spirit of foolishness” seeks to conceal is the absolute reality of Hashem. “Hashem Elokim is true; He is the living G–d.”[2] Hashem is the ultimate Truth, He grants life to all creatures, and true life comes only through bonding with Him (see here).

But the “spirit of foolishness” seeks to pull the wool over our eyes and bring us to forget this. Hence it is called Kelipah, “shell,” for it conceals the reality of Hashem just as a peel hides the fruit within it.[3]

When the “spirit of foolishness” takes hold of the person, although he may accept that Hashem exists, and believe in the Torah, this awareness becomes abstract and distant from his heart. How does the Evil Inclination bring the person down to this state?

It does so by enticing him to pursue selfish, crude, base desires with intense passion.[4] He gets so carried away with his lusts that he becomes completely desensitized to spirituality, may G–d save us.

More subtly, the mere immersion in and pleasure from worldly matters, even if they are not outright hedonistic, gradually desensitizes the Jew from holiness. The Hebrew word for world, olam, is etymologically related to the word he’elem, concealment, for the world conceals the true reality of Hashem.[5] Therefore, when the person becomes immersed in worldly, secular pursuits and derives his pleasure from them, that very preoccupation dulls his heart to the spiritual and the holy.

In any case, after some time passes, the person no longer feels the rich beauty of fulfilling Hashem’s Mitzvos, the sublime sweetness of delving into Hashem’s Torah, and the intense ecstasy of pouring out his heart to Hashem in prayer.

Then he degenerates still further, his Bestial Soul taking over to the extent that he behaves like a beast—hence the name. An animal tramples and pays no attention to what is underfoot—whether it’s earth, wood, or a person. It has no ability to discern. So does this degenerate person act without discernment, scoffing at religious people and spiritual pursuits of which he has no concept (although he may choose to perform some Mitzvos—the ones that appeal to him). His failure to recognize the value of the spiritual and even scoff at it stems from his complete desensitization to the spiritual.

When we are aware of this danger, we are able to, with the help of Hashem, be vigilant to sensitize ourselves to holiness by striving to constantly grow in our observance of Torah and Mitzvos, especially through the light and inspiration derived from studying Chassidus and following its ways, thereby overcoming the spiritual darkness of the world in the last moments of exile, and bringing Moshiach now.


Based on this year’s chapter of the Previous Rebbe's Basi Legani (ch. 3).
See p. 7ff. in this booklet).


~~~~~~~~~~~~~~~~~~~~
Like what you read? The articles I write take a lot of time and effort. Please contact me to sponsor an article for (at least) $36 in honor of the birthday, wedding anniversary, or yarhtzeit of a loved one, or for a refuah shleimah or the like. Also, see here concerning the tremendous merit of supporting the dissemination of Chassidus, and the blessings that one receives for doing so.
Posted by Yehoishophot Oliver at 9:36 AM