Music: The greatest heights, or the lowest depths 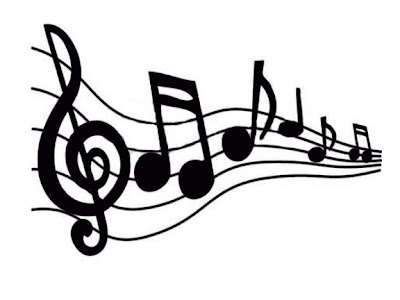 The Alter Rebbe explains[1] the Talmudic phrase, “All those who sing go out in song”[2] as referring to the song of the angels. Likewise, the Jewish souls in Gan Eden also sing to Hashem.

Likewise, although Hashem set up a world of limitation, song has a tremendous power in the service of Hashem; it can elevate the person with such an intense love of Hashem that he rises completely above the limitations of the Bestial Soul and the world in general. This was the reason that the Levites sang melodies in the Beis HaMikdash while the Kohanim were offering the sacrifices.

And since “The prayers come in place of the sacrifices,”[4] in prayer one should also strive to rise above all limitations, until one transcends the limitations of the body entirely, with the soul almost expiring in an overwhelming love for Hashem. (This also explains why it is praiseworthy, when practical, to incorporate song into one’s prayers.)

This expresses the awesome power of music when used as Hashem intended—to bring one to the most sublime levels of divine service.

Unfortunately, in order to enable us to have free choice, until Moshiach redeems us (may it happen today!), “Hashem created this one opposite this one”[5]—every force that exists in holiness must have a parallel force in unholiness.

So just as holy Jewish music has the power to raise one to the greatest heights of love of Hashem, so can unholy, non-Jewish music, degrade the Jew to the depths of evil, may G–d save us. It too casts away limitations, but in the opposite way.

The verse states, “Man is born a wild donkey.”[6] Chassidus explains this to mean that we are born with a Bestial Soul that possesses intense, untamed, and self-destructive character traits. By serving Hashem through prayer, Torah study, and observance of the Mitzvos, one weeds out the negative character traits and harnesses the raw energy of the Bestial Soul to the service of the Divine Soul, as it is written, “With the strength of an ox,” the Bestial Soul, “there is much grain,”[7] constructive benefit for the Divine Soul.

However, listening to goyisheh (non-Jewish) music elicits a desire for perikas ol, a desire to cast off all these constructive “limitations.” This music excites and strengthens the Bestial Soul in a very unhealthy way, causing the Divine Soul to become hidden. All the hard work that one did to live with self-control and establish boundaries is thereby undone. One’s negative character traits resurface with even more intensity, and the raw energy of the Bestial Soul is directed to behaviors that are both spiritually and physically harmful, may G–d save us.

All this would be true of goyisheh music even if it had no words; all the more so, considering that in modern times, the lyrics of this music often communicate immodest and heretical messages.

Like what you read? The articles I write take a lot of time and effort. Please contact me to sponsor an article for (at least) $36 in honor of the birthday, wedding anniversary, or yarhtzeit of a loved one, or for a refuah shleimah or the like. Also, see here concerning the tremendous merit of supporting the dissemination of Chassidus, and the blessings that one receives for doing so.
Posted by Yehoishophot Oliver at 10:18 PM