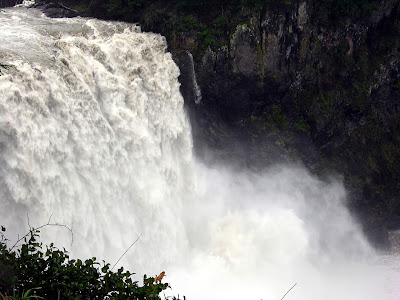 We can easily understand what physical life is, but what is spiritual life? Spiritual life, which is true life consists of being connected to Hashem, the Source of all life.[1] This is the meaning of the verse, “And you, who cling to Hashem, your G-d, are all alive today.”[2] Only when we are clinging to Hashem do we truly live.


But why does a bond with Hashem create true life? Chassidus defines life as permanence, and its opposite, death, as impermanence. This is the deeper meaning behind the biblical requirement that the preparation of the ashes of the Red Calf involve “living waters.”[3]

In what sense can water, an inanimate object, be considered “living”? Living is associated with constancy. Thus, Halacha defines water as living if it stems from a river that flows constantly, without drying up.[4] However, a river that dries up even once in seven years fails to qualify as living waters even when it is gushing profusely. Such waters are termed “disappointing waters,”[5] for they seem real, but are in fact fake.

Since Hashem’s existence is permanent and everlasting, He, and everything and everyone bound to Him, are considered truly alive.

This is also what it means for an entity to be holy. A holy object is not Hashem (G–d forbid), but it is not mundane either. Rather, it is bound with Hashem (to whatever degree), and this bond invests it with true life.

How does one connect with Hashem, and bring holiness upon oneself, or upon an object in the world? Hashem grants us the ability to attain this through our acting with bittul, which literally means “self-nullification,” i.e., humility and submission before Hashem.[6]

In contrast, a force of Kelipah (lit. “shell,” i.e., concealment of Hashem) is, by definition, not subservient to Hashem, and is therefore not truly alive. Thus, the forces of Kelipah are called “a place of death and impurity, may Hashem save us.”[7] Likewise, one who is wicked and has thereby made himself a vehicle for the forces of Kelipah[8] is considered spiritually dead, as our sages say: “The wicked, even during their lifetime, are called dead.”[9]

Email ThisBlogThis!Share to TwitterShare to FacebookShare to Pinterest
labels: concepts in Tanya, Kedushah vs. Kelipah, the Rebbe Rashab's teachings