Chassidus illuminates the darkness of exile 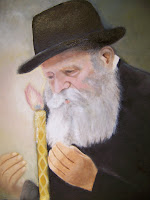 Chassidus: The Solution for
the Intense Darkness of Exile

In the past, there were several paths [derachim] to imbue one’s service of Hashem with enthusiasm. However, we find ourselves in the final generations of “the footsteps of Moshiach,” in which the concealments of G–dliness have increased, and an intense, thick darkness covers the world.

In this time, this is the appropriate path [derech] for both the many and the individual, a path blazed by our holy Rebbeim, to reach true life in one’s service of Hashem. This is accomplished through studying the inner dimension of Torah, which is the Neshama of the Torah, in general, and by studying the teachings of Chassidus in particular.

In my own words: Although in earlier generations there were various paths to Hashem, now that heresy and immorality are so prevalent, the Rebbeim have revealed the path of Chassidus and made it possible for Jews to follow it (see here) in order to illuminate this intense darkness. Thus, it is vital that every single Jew follow this path. (Along these lines, see here.)
Posted by Yehoishophot Oliver at 10:00 PM

Email ThisBlogThis!Share to TwitterShare to FacebookShare to Pinterest
labels: importance of spreading Chassidus, the Rebbe's teachings