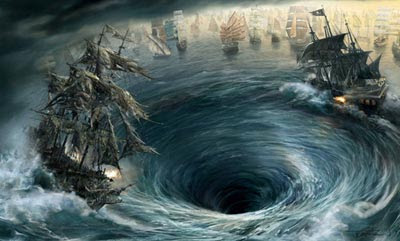 Hashem urges Yirmiyahu[1] to “extract the precious from the base” by influencing the wicked to repent. Then Hashem warns: “Let them return to you, but you should not return to them.” The Radak explains this warning: “Take care not to revert to their way of thinking when you strive [to influence] them, for they may deceive you with their numerous arguments. Be careful of this—strive to bring them to return to you, and take care that you not revert to [becoming like] them.”

Moshiach told the Baal Shem Tov that the redemption will come “when your wellsprings [i.e., the teachings of Chassidus] are spread outward.”[2] Our Rebbeim have instructed us to devote ourselves to fulfilling this command, and the Rebbe has urged this more firmly and frequently than any of his predecessors, declaring that this is “the task of our generation.”

To be sure, spreading “outward” implies reaching out to those heavily under the influence of secular values and culture, and at least on the outside, very far from holiness. Nevertheless, since we have been instructed to do this, we are surely able to succeed at this task. We should certainly not desist from doing so out of fear that any contact with the secular world will corrupt us.

However, this does not mean that one may have an open, accepting attitude to the outside world itself, and in particular, to the lifestyle and worldview of the people whom one seeks to influence.


On the contrary, secular forces are the mortal enemy of the Jew. Although we should engage with the world, each in his or her own way, we should only do so out of necessity, in order to conquer the world and make it “a dwelling place for Hashem.”[3] However, if we do so in order to receive from it, we have become subordinate to it (see the end of this post). We are then not only failing to defeat it, we are surrendering to it.

The same applies to involving oneself in worldly matters in order reach out to the as-yet-unaffiliated, to bring them to see “that the light is good.” Although sometimes this may be necessary, albeit to a limited extent, one should do so with reserve and caution. As our sages warn us, “Don’t trust yourself until the day you die.”[4] One should be fully aware that one is entering dangerous, enemy territory, and tread carefully. For if one is not careful, one is prone to get sucked in to the temptation to engage with the secular world not for the sake of transforming it and elevating it to holiness, but of learning the secular ways and emulating them, G–d forbid.


So when one engages with the world and with those immersed in its culture, one should do so not out of a sense of affinity and identification with the world and its anti-Torah values, G–d forbid, but with a sense of repulsion and abhorrence for them (for more on the idea of overcoming the world, see here).


One cultivates this feeling through learning Chassidus and following its ways (see here). This permeates the Jew with the awareness that the true reality of the world is the divine energy that constantly creates it, and its true purpose is only as a means to an end, in order to reveal Hashem’s glory[5] and thereby be elevated to holiness.