Living Up to Our Human Potential 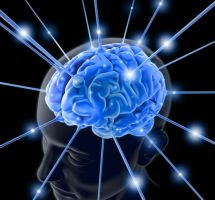 Living Up to Our Human Potential


The hierarchy of creation consists of four levels. Working our way up:

• domem—“inanimate” objects, which contain a nefesh (“animating spirit”) of the lowest level; this is known as the nefesh hadomem;


• tzome’iach—plant life, which, in addition to a nefesh hadomem, also possesses a nefesh hatzomachas, a “vegetative soul”;

• chai—the animal kingdom, which, in addition to a nefesh hadomem and a nefesh hatzomachas, also possesses a nefesh habehamis, an “animalistic soul”;

• by living up to its unique ability, and using the levels of creation lower than its own as a means to that end;

• by making itself available to becoming subsumed within a higher level, and eventually realizing this goal.

The lower levels of creation—domem, tzome’iach, and chai—all perform these roles instinctively and never deviate from them, for they have been programmed to act as they do.

For instance, plants grow, thus fulfilling their unique role of vegetative growth, and they are available for animals and humans to consume, at which point they become subsumed within the level above them. However, none of this involves an act of volition on their part, but the fulfillment of the role that they are hard-wired to play.


However, the highest level of creation, mankind, is granted the power to choose whether to fulfill its purpose, and thereby bring the inferior levels of creation to realize their ultimate designated purpose as well, or to sink into temptation and fail to fulfill its purpose, and in the process drag down the rest of the world into its degenerate state.

In order to fulfill its role, mankind must center all its efforts and aspirations on developing its intellect, the special quality with which Hashem endowed it. Mankind’s lower drives and animalistic energy ought to be harnessed and channeled toward this goal. The development of the intellect, in turn, should be a means to a further end—submission to Hashem. In this way man brings his entire being to become subsumed to Hashem, Who stands completely above him and his defining quality, his intellect.

However, if he neglects to use his lower drives as a tool toward fulfilling the promise of his intellect, and instead becomes preoccupied with sensual indulgence in one or more of the lower levels of creation, he has in a sense degenerated below the rest of creation on two counts.

First, in that the perfection of every being depends upon actualizing its unique potential, and he is neglecting to do so. Thus, he is worse than an animal, because an animal is not to blame for behaving as an animal does, for it cannot do otherwise. However, a human being, who is able to follow the higher calling assigned him and instead sinks to animal-like behavior, has in that sense degenerated to a lower level than the animal.

Second, in that when we bind our souls to an object of our desire, we come to spiritually resemble the thing that we pursue. So one who pursues knowledge of Torah acquires a certain G–dly quality, while one whose life revolves around materialistic possessions degrades himself to the level of domeim. Moreover, since the recipient (“mekabeil”) is necessarily lower than the giver (“mashpia”), it follows that the one who chooses to indulge his animalistic lusts becomes inferior to the level of creation from which he draws this self-gratification.

For instance, consider one whose mouth waters while gazing at an ice cream sundae covered with fluffy whipped cream, sweet chocolate syrup, and a cherry on the top, and then eagerly grabs the ice cream and sinks his lips and tongue into the layers of cold, sugary, chocolatey cream, savoring every nuance of its succulent taste. He becomes in a sense not only equal to the ice cream sundae, but subordinate to it.

When we grasp our role and mission, with the help of Hashem we are able to rise above the weakness and sin of our past, return to Hashem, and discipline ourselves into a purposeful, productive lifestyle of spiritual growth and fulfillment, instead of a meaningless, hedonistic lifestyle of moral corruption and spiritual suicide.

Email ThisBlogThis!Share to TwitterShare to FacebookShare to Pinterest
labels: fighting the evil inclination, levels of creation, the Rebbe Rashab's teachings