Chanukah: The Anti-Religious Campaign of the Academics 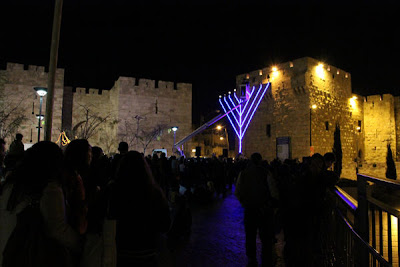 Chanukah: The Anti-Religious Campaign of the Academics

The[1] Greeks sought “to bring them [Jewish people] to forget Your Torah.”[2] The wording here is precise.

As is well-known, Greek culture valued intellect as the greatest good, and the Greeks were sophisticated intellectuals par excellence. This meant that they did not oppose Torah study per se; on the contrary, they recognized and were greatly impressed by the beauty, depth, and complexity of Torah, which they considered as on a par with their own wisdoms—as it is written of Torah, “it is your [the Jewish people’s] wisdom in the eyes of the nations.”[3] Hence, they held Torah study in high esteem as a most sublime intellectual pursuit and were willing to allow and even support the Jewish people to study Torah.

Rather, they opposed the Jews’ study of Torah with the belief that it is “Your Torah”—that it is divine. For our Torah is not just another wisdom among many. And it is more than even a highly advanced wisdom, more advanced than all others. Nor is Torah a tool for intellectual gratification and development, G–d forbid—although because it is so inherently great, it does carry that fringe benefit as well, along with many others.

Rather, although Torah study involves the intellect, it is fundamentally different—it is holy intellect.

It was this submission to the suprarational that the Greeks so vehemently opposed, and sought to contaminate. How did they seek to accomplish this? By systematically enticing the Jewish people to become preoccupied and passionately devoted to the study of secular wisdoms and to view amassing secular knowledge as a highly desirable pursuit of inherent value.

This was the root of the Greeks’ harmful influence. For Torah requires that the mundane always serve the holy, as our sages instruct us, “All your deeds should be for the sake of Heaven,”[4] and “In all your ways, know Him.”[5]

However, when one takes something mundane and puts it on the pedestal that should be reserved for the holy, this necessarily leads one to lose the reverence and awe that he had for the holy and treat it as mundane, may G–d save us.[6]

The same is true of Torah vis-à-vis secular wisdom.

It is not sufficient to study Torah with a focus on understanding it correctly, although of course, that is also vital. Rather, one should study Torah with a sense of awe at its holiness. Our sages teach that “Just as [at Sinai] there was awe, fear, trembling, and quaking, so should it be now as well: [One should study Torah] with awe, fear, trembling, and quaking.”[7] Chassidus explains that in fact, the Giving of the Torah is an ongoing event. Hashem is constantly giving us the Torah anew, and this is the reason that in the blessing upon the Torah we refer to Hashem as the “Giver of the Torah,” in present tense.[8] One who studies Torah with this awareness will also be helped by Hashem to reach a correct understanding of his studies.

In contrast, secular wisdom should be viewed as merely a tool. It has no inherent value; rather, its purpose is only fulfilled when it is used in a way that serves a holy purpose, such as for the sake of earning a living, to facilitate better understanding of certain Torah topics, and the like.[9] This knowledge should inform the attitude and feeling that one has while studying this wisdom, if and when it may be appropriate. One should always be conscious that this study is purely a means to an end, a handmaiden to the mistress of Torah and divine service.

Back to the story of Chanukah: The Greeks tragically succeeded in their campaign to influence many Jews to become enamored with secular wisdom, thereby treating it as on a par with Torah wisdom (lehavdil). This naturally corrupted the Jews’ view of Torah study, leading them to slowly but surely lose their sensitivity to the Torah’s inherent holiness, and view it as merely an intellectual pursuit, may G–d save us.

This answers a question one might ask. In normal warfare, the victors will plunder the wealth of their enemy, and take it as booty. Yet when the Greeks broke into the Beis HaMikdash, we find no mention of them taking any action to seize the fabulously precious silver and gold vessels kept there.

Rather, they made a point of contaminating all the oil that they could find. The deeper significance of this is that oil represents wisdom,[10] and the Greeks fought with all their might to contaminate the holy oil of Torah with the impurity of secular wisdom, and thereby influence the Jewish people to treat Torah as if it were no different from other wisdoms, G–d forbid.

The lessons from this for our personal lives are self-evident.


Like what you read? The articles I write take a lot of time and effort. Please contact me to sponsor an article for (at least) $36 in honor of the birthday, wedding anniversary, or yarhtzeit of a loved one, or for a refuah shleimah or the like. Also, see here concerning the tremendous merit of supporting the dissemination of Chassidus, and the blessings that one receives for doing so.

Posted by Yehoishophot Oliver at 12:07 AM

Email ThisBlogThis!Share to TwitterShare to FacebookShare to Pinterest
labels: Chanukah, emunah vs. intellect, love of Torah, relating to the secular world, secular studies, the Rebbe's teachings