The Intellectual Soul (pt. 3): The Boost from the Divine Soul 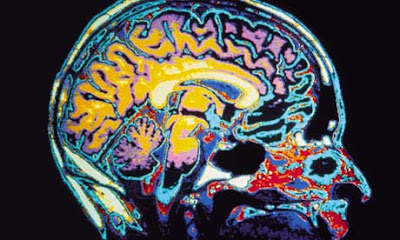 The Intellectual Soul (pt. 3)
The Boost from the Divine Soul

But if so, how is the Intellectual Soul of a Jew any better? It too consists of worldly, human intellect; by what virtue does it also “sense spiritual refinement”?

Perhaps this is comparable to the difference between two people of equal intelligence. One constantly keeps the company of a very spiritual, inspired, and sagely rabbi, while the other keeps no such company, and so he is left to live a life focused on materialism. All things being equal, the former will be much more spiritually inclined than the other.

This explains the double expression in the Mishnah cited above: “Beloved is man ... it is by special divine love ... ”

The Jew’s responsibility to elevate the nations

This is also the reason that Torah instructs, and even obligates the Jew to influence non-Jews positively by teaching them the Noahide laws, as the Rambam rules explicitly: “Moshe was commanded via a direct divine revelation [to tell the Jewish people] to compel all the world’s inhabitants to undertake the laws commanded to Noah’s descendants.”[1] The Tosafos Yom Tov explains[2] that the expression “compel” also includes the imperative to use verbal persuasion, to explain to someone resistant the necessity to adhere to the Noahide laws. Of course, [3] at the same time one should be careful to influence non-Jews in a pleasant, peaceful manner, for it is written of the Torah, “Its ways are ways of pleasantness, and all its paths are peace.”[4]

Why was the Jew in particular assigned with this mission? Because provided that the Jew is refined and G–d-fearing, his more sensitive Intellectual Soul enables him to serve as a true guide for the non-Jew, elevating him above the limitation of his Intellectual Soul, and bringing him to relate to the world, and to the moral choices he is constantly called upon to render, in a manner that is truly objective, and therefore truly correct and truly ethical.

This article was dedicated by Moshe Maaravi and family as a merit for the refuah sheleimah of Yehoshua ben Sheva.

Like what you read? The articles I write take a lot of time and effort. Please contact me to sponsor an article for (at least) $36 in honor of the birthday, wedding anniversary, or yarhtzeit of a loved one, or for a refuah shleimah or the like. Also, see here concerning the tremendous merit of supporting the dissemination of Chassidus, and the blessings that one receives for doing so.
Posted by Yehoishophot Oliver at 10:57 PM

Email ThisBlogThis!Share to TwitterShare to FacebookShare to Pinterest
labels: discernment, Divine Soul, influencing our environment, Intellectual Soul, Noahide laws, refinement, relating to non-Jews, the Rebbe's teachings, what is a Jew