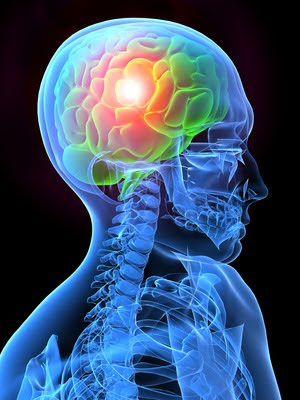 All mankind is created “in the image of G–d”

The Tosafos Yom Tov notes that the Mishnah cites a verse addressed to Noach and his descendants, who were not Jewish. He interprets that “beloved is man” refers not only to Jews, but to all mankind. All mankind is created “in the image of G–d,” and is therefore beloved to G–d. And since human beings are beloved to G–d, all mankind should also respect, value, and love one another.

Of course, although in this context “man” refers to all mankind, not only the Jewish people, it surely includes Jews as well. Although Jews possess an additional soul that is “literally a part of Hashem above,”[3] they too were created “in the image of G–d.”

What indeed does it mean to have been created “in the image of G–d,” and why is this “beloved to G–d”? To state the obvious, G–d has no image or form, neither material nor spiritual.[4] Rather, echoing the Rambam,[5] Chassidus explains[6] that “the image of G–d” refers to the Nefesh HaSichlis, the Intellectual Soul.

The Intellectual Soul is the mind, the spiritual faculty that enables a person to think in a uniquely human way. Its goal is to transcend personal interest and pursue abstract, objective truth. This is alluded to in the verse, “The spirit ... of man rises upwards”[7]; i.e., man—and the faculty that defines man as different from animals, the Intellectual Soul—naturally yearns upward, to transcend itself.

This sensitivity to spiritual refinement enables the Jew who follows Torah properly to truly transcend his own self-interest in his intellectual strivings.

By contrast, the non-Jew’s Intellectual Soul naturally relates to the world in a coarse, materialistic way, lacking the Jew’s natural sensitivity to the spirituality that underlies the world.

The non-Jewish Intellectual Soul comes fully manifest in secular wisdom, which is the culmination of the intellectual efforts of the finest of non-Jewish minds.

To be continued, with the help of Hashem.


Now man possesses as his proprium something that is very strange in that it is not found in anything else that exists under the sphere of the moon, namely, intellectual apprehension. In the exercise of this, neither sense, nor any part of the body, nor any of the extremities are used; and therefore this apprehension was compared to G–d’s apprehension, which does not require an instrument, although in reality it is not like the latter apprehension, but only appears so at first.

It is because of ... the divine intellect conjoined with man, that it is said of man that he is “in the image of G–d” and “after His likeness”—not that Hashem, may He be exalted, is a body and possesses a shape.

Like what you read? The articles I write take a lot of time and effort. Please contact me to sponsor an article for (at least) $36 in honor of the birthday, wedding anniversary, or yarhtzeit of a loved one, or for a refuah shleimah or the like. Also, see here concerning the tremendous merit of supporting the dissemination of Chassidus, and the blessings that one receives for doing so.
Posted by Yehoishophot Oliver at 11:22 PM