On Our Mission in the Mundane World 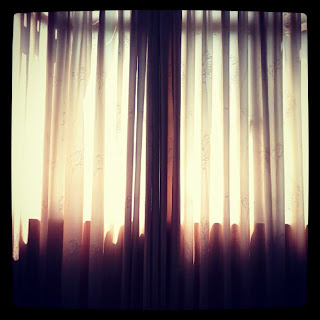 The ultimate Truth of all is that Hashem is the one and only true, absolute reality.

There is a lofty realm in which this truth is completely, undeniably real and obvious, akin to the experience of standing in the outdoors and basking in the sunlight directly. This is the supernal realm, or “world,” of Atzilus, a level in a state of constant, all-consuming bittul, nullification, to G–dliness; it has no sense of any independent existence from Him. This is known as bittul bi’metzius, “total nullification.”

But from the levels below, Hashem chooses to conceal His absolute reality and this enables them to become beings that are self-aware. They have a sense of yeshus, of independent existence from Hashem. (For more on the difference between Atzilus and the worlds below it, see here.)

There are various degrees in this concealment. The first general level, which we will discuss in this post, is expressed in the words of Havdalah, “to separate between the holy and the mundane.” Here Hashem conceals His light only partially. This is comparable to the beneficial effect produced when a curtain is placed in front of a window of bright sunlight. This concealment allows the light to illuminate the room in an acceptable, pleasant way.

Likewise, Hashem placed a “parsah” (lit. “curtain”) that conceals the awesome light of the world of Atzilus, where the absolute truth of Hashem’s reality shines openly. This enables the creation of the three lower worlds of Beriyah, Yetzirah, and Asiyah (known collectively by the acronym b’ya), which sense their own independent existence. Yet this concealment is only partial, for the “light shines through,” enabling the beings in these worlds, the angels, to sense Hashem’s reality enough that they can surrender themselves partially to Hashem. This is known as bittul ha’yesh, “nullification of ego.”

This is akin to the difference between Shabbos and the weekdays:

Shabbos is a time of open, transcendent divine revelation (see here), when the Jew rises completely above all worldly concerns and devotes himself exclusively to Hashem. This is comparable to the bittul bi’metzius in the world of Atzilus.

On the other hand, of the weekdays the Torah instructs: “For six days you shall work,”[1] for then one must pursue one’s livelihood (see here). This requires that one lower oneself spiritually into an environment of divine concealment that allows for one to feel selfishness. This is comparable to the divine concealment and yeshus that prevails in the worlds of b’ya.

The Jew’s mission, however, is bittul—to bring awareness of Hashem to illuminate this experience. Every morning, before he goes out into the world and falls into the preoccupations related to his livelihood, he should remind himself that the world can’t possibly exist on its own, and so its existence surely comes from G–dliness. Likewise, during prayer, and then afterward, even in the very midst of his grueling business dealings, he should remind himself that it is Hashem alone Who grants him “strength to perform deeds of might.”[2] This means that he should trust in Hashem alone, and not in any mortal. Moreover, he should remind himself, this trust itself is the key to his material success, for we are assured, “cast your burden upon Hashem, and He will sustain you.”[3]

Through this one breaks through the concealment, brings divine light even into the lowliness of the world (see here). Moreover, he elevates to Hashem all the energies that he had invested in his mundane matters, bringing them to assume the refined status of chullin shena’asu al taharas ha’kodesh, mundane matters that were performed in a pure and holy manner. He thereby performs bittul ha’yesh, fulfills the purpose of his creation, and merits a personal revelation of G–dliness.


Like what you read? The articles I write take a lot of time and effort. Please contact me to sponsor an article for (at least) $36 in honor of the birthday, wedding anniversary, or yarhtzeit of a loved one, or for a refuah shleimah or the like. Also, see here concerning the tremendous merit of supporting the dissemination of Chassidus, and the blessings that one receives for doing so.
Posted by Yehoishophot Oliver at 11:44 PM