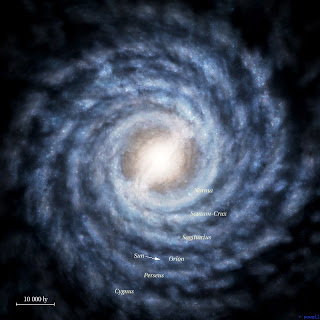 This is relevant to the different levels of Seder Hishtalshelus, the system of four spiritual worlds—in descending order, Atzilus, Beriah, Yetzirah, and Asiyah (the latter three are commonly abbreviated as “b’ya”). These terms describe the vast distinction between the world of Atzilus and the worlds of b’ya. Atzilus is called ohr, while b’ya is called yesh.

Ohr—Atzilus
The world of Atzilus and the Sefiros (“divine attributes”) in it are termed “gilui ha’he’elem”—literally, “the revelation of that which was hidden.” In Atzilus, the G–dliness that shone before the tzimtzum (lit., “contraction”—when G–d’s Infinite Light was totally hidden), becomes revealed.

This is also alluded to in the etymological meaning of the word Atzilus. Although Atzilus is usually translated as “emanation,” it is related to the word “ha’atzalah,” which means separation. We find this word used when Hashem declared that He would invest Moshe Rabeinu’s spirit in the seventy elders: “I [Hashem] will separate [ve’atzalti] from the spirit that is upon you, and I will put it upon them” [Bamidbar 11:17—cf. Torah Ohr, Vayera, 14a].

To explain this, Chassidus employs the analogy of light. The fundamental purpose of light is to reveal its source—the luminary from which the light emerges. Light has no purpose and function other than to declare the existence and nature of its origin.

Likewise, the entire purpose of the G–dliness in Atzilus is to reveal the sublime G–dliness of before the tzimtzum.

Yesh—B’ya
In contrast, b’ya is a yesh, a self-conscious entity, an entity that senses itself as separate and independent from Hashem. Although b’ya stems from Atzilus, it does not reveal Atzilus. The reason for this is that b’ya is created through a process of tzimtzum by which Hashem hides Himself from His creations to the extent that they are able to feel themselves as independent from their Creator.

It should be emphasized that this is the way that the creations in b’ya feel; however, this feeling is illusory, for in reality nothing exists or can exist separately from Hashem.

Now, it is true that when one examines the world, even our physical world, which is the lowest of all levels, one can and should come to the realization that a Creator exists. However, this awareness is a result of investing the mental effort necessary to reach this conclusion. After contemplation, one should realize logically that the universe, a limited being, cannot create itself; rather, it must be created by an unlimited Creator. Similarly, after studying various realms of science one will correctly conclude that the complexity in nature points to an all-powerful Designer.

Although these and other such arguments are valid and true, they are not automatic and instinctive. They involve a certain distance from the physical reality of the world before us. No matter how convinced a person may be of these proofs, he does not sense the reality of Hashem with the same immediate conviction as his sense of the table at which he sits.

Email ThisBlogThis!Share to TwitterShare to FacebookShare to Pinterest
labels: bittul, Kedushah vs. Kelipah, levels of creation, the Rebbe's teachings