The purpose of creation: Nullifying the self to Hashem 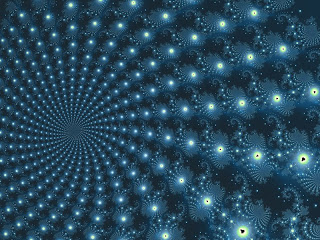 The process of creation involved Hashem creating beings that feel a sense of independent existence from Him. He accomplished this through an extensive process of self-concealment, for divine revelation and a sense of selfhood on the part of His creations are inversely proportional: The greater the divine revelation, the less His creations can feel selfhood; conversely, the greater the concealment of the G–dly light, the more the creations feel independent.


Although Hashem intended to create a world that feels separate and distant from Him, the purpose of the world’s creation is the exact opposite—that the beings He created nullify themselves to Him.


In Chassidic terminology, Hashem transformed the ayin (“nothing”) into a yesh (“something”) so that the yesh would struggle and succeed to turn itself back into ayin—albeit not fully, but partially. This process is known as bittul hayesh, “the nullification of ego.”


The ego in us is the evil inclination, also known as the Bestial Soul. It makes us feel self-focused and even selfish. When we have to struggle to submit to Hashem despite the fact that the Bestial Soul pulls us in the other direction, we make our inner yesh into ayin; i.e., we nullify it to Hashem, and in so doing, the purpose of the world’s creation is fulfilled.

Like what you read? The articles I write take a lot of time and effort. Please contact me to sponsor an article for (at least) $36 in honor of the birthday, wedding anniversary, or yarhtzeit of a loved one, or for a refuah shleimah or the like. Also, see here concerning the tremendous merit of supporting the dissemination of Chassidus, and the blessings that one receives for doing so.
Posted by Yehoishophot Oliver at 8:54 PM