Humility and Appreciating Others 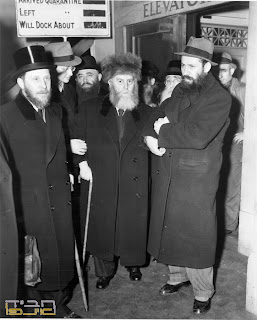 Humility and Appreciating Others

When a person lacks a true awareness of Hashem (as discussed in the previous post here), he is selfish even as he serves Hashem. Part of this selfishness is a kind of vanity. Not vanity that necessarily involves preening in front of the mirror, but an excessive preoccupation with oneself, a kind of spiritual narcissism. One unfortunate consequence of this feeling is a lack of appreciation for others, and a deficient capacity to love them.

We relate to others from the outside-in. First we notice their external character traits, and then, with time and effort, we become familiar with the deeper ones as well.

Every Jew possesses fine character traits, whether apparent and hidden. (Everyone also has both apparent and hidden negative character traits, but that is not the focus of this article.) As the Talmud states: “There are three indications that one belongs to this nation [the Jewish people]: [they are] modest, compassionate, and generous” (Yevamos 77a).

A narcissistic person is so smitten with his own imagined virtues and preoccupied with satisfying his own wishes and desires that his perception of others is warped. Part of the reason for this is that his arrogance leads to laziness and cockiness, and so he is not motivated to go to the trouble to view others in a true light. Instead, he jumps to conclusions based on a cursory assessment of them. He notices only their faults, which grab his attention immediately. This leads him to dismiss them and want to disassociate himself from them.

Furthermore, since he is filled with a sense of his own importance, he subconsciously regards others as a threat to his ego. This insecurity spurs him to seek their faults, and blinds him to their virtues.

In contrast, a wiser, humbler person, who is permeated with a sense of Hashem’s presence, will see the world in a true, objective light. Aware of the Talmud’s words that every Jew possesses fine character traits, he does not dismiss his fellow Jews as worthless, even when he sees only negative character traits. Rather, he continues interacting with them, secure in the belief that they possesses fine character traits that have simply not yet come to the fore, and committed to waiting patiently and investing the necessary effort to uncover these hidden treasures.

Email ThisBlogThis!Share to TwitterShare to FacebookShare to Pinterest
labels: bittul, the Previous Rebbe's teachings, what is a Jew