How the Avos Prepared Us to Receive the Torah 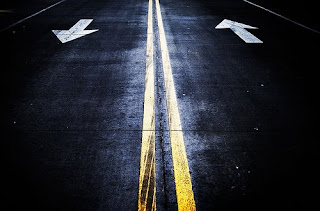 How the Avos Prepared
Us to Receive the Torah

Every child who learns Chumash knows the story of the beginnings of the Jewish people. The first Jew was Avraham, followed by Yitzchak and Yaakov, who altogether comprise the Avos, the forefathers, of the Jewish people. And yet despite their lofty status as our Avos, and despite their observance of the Torah even before it was commanded,[1] they did not receive the Torah at Mount Sinai. Why wasn’t the Torah commanded to them?


Now, our Sages state that “The Avos were a chariot [for Hashem].”[2] This is explained to mean that the light of Atzilus (the highest spiritual world) shone into our world through their souls, for their souls were souls of Atzilus. In particular, each of their souls acted as a conduit for a different Sefirah (divine attribute) of Atzilus, to the extent that in a sense (because of course, the Sefiros themselves are utterly spiritual entities), they personified these Sefiros:[3]
uAlthough this sounds wondrous, what did it accomplish? Our sages compare the Torah and Mitzvos that the Avos observed to an insubstantial fragrance.[4] Although the Avos studied Torah before it was given and kept the entire Torah, all this was done of their own initiative, as an optional undertaking. Only later, when the Torah was given at Mount Sinai, did Torah observance (beyond the Seven Noahide Laws) become a strict obligation for every single Jew.


To explain further, let us digress to discuss a general concept in Chasidic philosophy. There are two directions of influence: When the initiative comes from below, and rises upward; and the opposite, when it comes from above, and descends downward.


Each of these modes of influence has both an advantage and a disadvantage.


When the one below strives to ascend, this refines him in a much deeper and more lasting manner. However, he is only able to rise as high as his limited strength can reach.


Likewise, the ultimate goal of all that came before the revelation at Sinai was for the Jewish people to serve Hashem “from below to above.” However, in order for this to succeed, it had to be preceded by a divine revelation “from above to below.”


This is comparable to the reaction of an average student when a world-class genius attempts to impart to him a phenomenally profound lesson. The student finds the concept so mind-blowing that he enters into a state of shock and speechlessness. Although at this time he is completely unfit to assimilate the concept, this experience does accomplish something. When the teacher repeats the lesson on another occasion, this time the student is no longer flabbergasted. With the novelty gone, the teacher can now go about the lengthy process of explaining the concept to the student.


The Avos represented the first stage in the process. They revealed G–dliness “from above to below,” and this began from the relationship of their souls to their bodies. They never needed to engage in the arduous task of refining their bodies, for their bodies were innately refined to the point that they were fit vessels for the intense divine light of Atzilus that shone in their souls.

In light of the above, we can understand the Alter Rebbe’s words concerning the above statement of our sages, “The Avos were a chariot [to Hashem].” On this he comments that “All their limbs were holy and distant from worldly matters, and they acted as a vehicle for Hashem’s will alone throughout their lives.”[5] This means that the souls of the Avos were so lofty that they illuminated their bodies from above.

The impact of the Avos on the outside world was of the same kind. The entire task of the Avos in the world was to shower G–dliness upon it from above, not to refine its gross physicality from below. Thus, they were not endowed with the capacity to infuse holiness into the physical, and so the G–dliness that the Avos brought into the world did not remain in it. This is the reason that they were not commanded to observe the Mitzvos.


However, their spiritual accomplishments paved the way for their descendants to receive the Torah. Through the Torah, the Jewish people were granted the ability to refine the world “from below to above” by their souls refining their bodies, and their performance of Mitzvos refining and infusing holiness into the world.

For further explanation of the topic of “paving the way,” see Our Rebbeim Paved the Way.