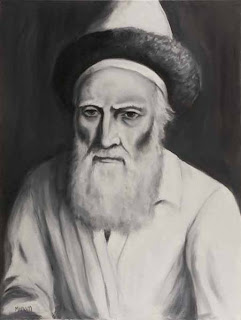 Why work? (Or: The deeper significance of the weekdays)
Rabbi Yehoishophot Oliver
When we examine our mundane lives, it seems that the true spiritual experience is to be had on Shabbos, when we are able to withdraw from our mundane concerns and devote ourselves to Torah study and Tefillah. After all, what could be spiritual about the rat race of pursuing a livelihood, and the numerous tasks of cooking, cleaning, and the like necessary to maintain a household?

Yet Chassidus, known as the “inner dimension of the Torah,” sheds light on this aspect of the inner dimension of our mundane lives. It explains that in fact, everything we do during the week, even the most mundane activity, has an underlying spiritual purpose.

The main purpose of our divine service during the weekdays is to create a birur, a spiritual separation and refinement, of the impure spiritual energy known as Kelipas Nogah. The Jew accomplishes this goal through engaging in various kinds of work, which are encompassed by the thirty-nine categories of work forbidden on Shabbos, known as melachos.

The melachos are closely related to eating, for, among other things, they encompass all the stages necessary in the process of preparing food—from the earliest stage of sowing the seeds, to the final stage of baking or cooking. And since the goal of all the efforts necessary to prepare the food is that it be eaten, eating food is the culmination of this step in refining Kelipas Nogah (albeit only the first stage; see below).

This parallels the process of refinement that takes place during physical eating, in which the stomach and the liver process the food. The higher-quality nutrients are extracted from the food’s inferior aspects and are absorbed into the body, even rising up to the level of the superior faculties of the mind and heart. The inferior aspects, however, are eliminated.

Likewise, when one eats in the proper way, the sparks of holiness that lie in the physical are extracted from the “shell” of the forces of the Kelipah, which is rejected.

Prayer is compared to eating, for just as eating involves birur, so does prayer.

The highlight of Tefillah is the Shema, in which one declares Hashem’s absolute unity, and that one is willing to give up one’s life for it.[2]

This creates a birur comparable to that of eating:

When the heart and mind of the Jew become inspired with the desire to become subsumed in the sublime G–dliness that lies at the source of the Jew’s soul,[3] this parallels the way that the energy of the food becomes absorbed in the body’s higher organs.

Likewise, Tefillah draws one closer to Hashem, and this experience humbles the person and impresses upon him just how distant he is from Hashem during the rest of the day. This realization crushes his ego and eliminates a significant amount of the Kelipas Nogah within his Bestial Soul.

This is the reason that Tachanun follows the earlier parts of the Tefillah, for once one has reached the sublime spiritual heights, he senses his lowliness all the more, and turns to Hashem and begs for forgiveness.

We can carry the comparison to digestion further. The more thoroughly the food is digested, the more nutrients are separated from the food for constructive use, and the more the waste matter that is eliminated is truly bereft of any beneficial components. Likewise, the more attention one devotes to Tefillah, the more one’s intellect and emotions become inspired to submit to Hashem, and the more one comes to realize one’s lowliness before Hashem.

This is the meaning of “The belly of the wicked is lacking”[4]: “The wicked” refers to the forces of Kelipah, which are “lacking” the sparks of holiness that were extracted through the Jew’s efforts to accomplish the weekday birurim.

Like what you read? The articles I write take a lot of time and effort. Please contact me to sponsor an article for (at least) $36 in honor of the birthday, wedding anniversary, or yarhtzeit of a loved one, or for a refuah shleimah or the like. Also, see here concerning the tremendous merit of supporting the dissemination of Chassidus, and the blessings that one receives for doing so.
Posted by Yehoishophot Oliver at 11:37 PM