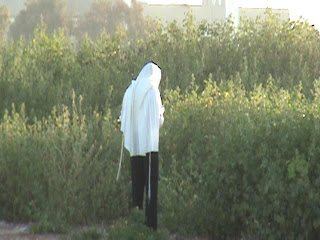 
During the weekday Amidah prayer, over the course of twelve blessings the Jew beseeches Hashem for his needs. This request presupposes a strong awareness that one is lacking and needy, and totally dependent upon Hashem to provide for one’s every need.


Moreover, in addition to the literal meaning of the requests, there is also a spiritual meaning.


For instance, in the Amidah prayer, we ask Hashem to heal the sick. Now, what is the true root of sickness? The frustration from unfulfilled expectations. This sickness can manifest itself both in unholiness and in holiness.


When one is lacking in “holy fire,” in passion in serving Hashem, he eventually becomes consumed with a “foreign fire”—a negative, self-destructive spiritual energy, that saps the person of refinement and spirituality and excites him or her with a craving for materialistic and forbidden pleasures, may G–d save us.


This then “weakens G–d,”[1] as it were, for it diminishes the divine revelation in one’s soul, and then in the cosmos in general.[2]


So when we beseech Hashem to heal the sick, we also mean to ask that He heal those who are spiritually sick by contamination with impure and unholy materialistic desires.


But then there is a positive, holy kind of sickness, of which it is written, “I am lovesick.”[3] This refers to a powerful, unconsummated love for Hashem.


To explain, there are fifty “gates of divine understanding.” Once one has climbed ever higher in levels of holiness until he has reached the forty-ninth level, he senses the intensity of the fiftieth and highest level, and aches and yearns to attain it, but he lacks the tools to do so. Thus, the Hebrew word choleh, sick person, has the numerical value of forty-nine,[4] alluding to the one who is lovesick for Hashem.


This is the second meaning of our plea to Hashem to heal the sick—that He heal those who are lovesick for Him by granting them the revelation for which they yearn.


These two kinds of yearning are extremes. They represent the two general categories of intense yearnings: for the spiritual and for the materialistic. We may all suffer from one of these at times, albeit to a lesser degree. May Hashem help us to be healed from the state of suffering or even being susceptible to the first kind of sickness, and merit to attain the second kind—along with its cure.


Like what you read? The articles I write take a lot of time and effort. Please contact me to sponsor an article for (at least) $36 in honor of the birthday, wedding anniversary, or yarhtzeit of a loved one, or for a refuah shleimah or the like. Also, see here concerning the tremendous merit of supporting the dissemination of Chassidus, and the blessings that one receives for doing so.
Posted by Yehoishophot Oliver at 8:27 PM

Email ThisBlogThis!Share to TwitterShare to FacebookShare to Pinterest
labels: healing, love of Hashem, self-refinement through prayer, the Rebbe's teachings, yearning