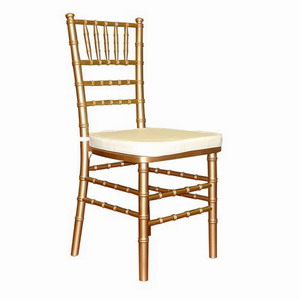 Two categories of physicality
Rabbi Yehoishophot Oliver
Chassidus differentiates between two general categories of the physical: gashmiyus—“physicality” and chumriyus—“coarseness.” The term gashmiyus refers to something that is physical, but not animalistic or coarse per se. To be sure, everything physical conceals the absolute reality of Hashem, and even the higher spiritual worlds, and is undesirable in that sense. However, gashmiyus refers to physicality of a kind that does not actively entice one to sin or otherwise behave inappropriately in any way. For instance, an ordinary table is a physical, mundane item; although it conceals the divine life force that sustains it; however, it contains no further inappropriate element.

Then there is chumriyus, which is coarse gashmiyus. This refers not only to worldly objects related to sin (which are obviously coarse), but also to objects that have some kind of inappropriate or crass element that is liable to desensitize the person and bring one to decline spiritually until he or she ultimately falls into sin.

In contrast, one should in general[6] abstain from chumriyus, and in that way one rectifies it.

As mentioned, Tefillah is “a ladder fixed in the earth” whose “head reaches the heavens.” “Earth—aretz” refers specifically to gashmiyus, not chumriyus. Thus, as a preparation to Tefillah, we must reject chumriyus from our lives.

Then Tefillah acts as a two-way ladder connecting the “earth,” the gashmiyus, with “the heavens,” the spiritual. It functions “from below to above,” by elevating the physical to the spiritual, and “from above to below,” by bringing the spiritual down into the physical.

This post was dedicated by Rochel'e and Sholom Ber Odze in honor of the birthday of Yitzchak Aizik bas Rochel on 18 Nissan.
Like what you read? The articles I write take a lot of time and effort. Please contact me to sponsor an article for (at least) $36 in honor of the birthday, wedding anniversary, or yarhtzeit of a loved one, or for a refuah shleimah or the like. Also, see here concerning the tremendous merit of supporting the dissemination of Chassidus, and the blessings that one receives for doing so.
Posted by Yehoishophot Oliver at 10:17 PM

Email ThisBlogThis!Share to TwitterShare to FacebookShare to Pinterest
labels: physical vs. spiritual, self-refinement through prayer, the Previous Rebbe's teachings