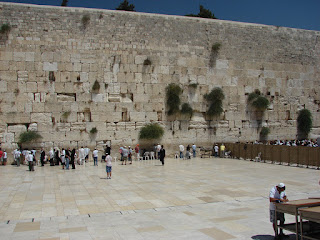 The spies were the emissaries of the generation of the desert, and they were the Nesi’im, the leaders of their respective tribes. Thus, when they refused to enter the Land, this reflected on the level of their generation—the entire generation did not want to enter Eretz Yisrael.

What was the complaint of the generation of the desert? Why did they not want to enter the Land? Chassidus, as is typical, explains their refusal to enter on a deeper level than the peshat, the basic level of understanding. They were on a very advanced spiritual level, and they had a very profound reason, but they erred in their assessment because they lacked Kabbolas Ol—submission to the divine yoke, and this is the reason that they were so harshly punished.

They didn’t want to enter the land because they feared the detrimental effect that it would have upon them.

First, in the desert, they were enveloped in a cocoon of sublime holiness. They were eating the mon, drinking water from Miriam’s well, and being protected by the Clouds of Glory. They could not bring themselves to tear themselves away from this blissful, pure state, and enter the land of Canaan, where they would fall from their spiritual high.

Second, they were afraid of being tested. One test was related to Hashem’s instruction to observe the Shemitah year by letting the soil lie fallow: Hashem had instructed the Jewish people to enter the Land and “Let the Land rest for Hashem as a Shabbos; for six years sow your fields, and for six years prune your vineyards and gather their crops.”[1]

To act with the appropriate bitachon, trust, in Hashem,[2] and not work the Land, required tremendous self-sacrifice, and they did not want to enter such a test.

And even during the other six years, the Jewish people knew that they would have to work the soil, and they were afraid that lowering themselves to this mundane, physical task, and being so preoccupied with materialistic concerns might lead them astray from devotion to spirituality and Hashem.

Why is descending into the realm of the physical so spiritually dangerous? Because it involves getting “down and dirty” in enemy territory—the territory of Kelipah. One gets involved with Kelipas Nogah in order to refine it, and one comes into contact with Sholosh Kelipos Hatemei’os in order to reject it.

According to valid, Torah-based, holy calculations, their reluctance to engage in this activity had validity, and in a sense, it even stemmed from their humility. They were reluctant to enter into a situation in which their devotion to Hashem would be tested. For when you fight against a formidable enemy, you might very well lose. As we beseech Hashem in our prayers, “lead us not to temptation”[3]—and if one genuinely asks Hashem not to put oneself in such circumstances, one will surely not do so of one’s own initiative.

Now, even if one has sinned, all is not lost—ultimately, every Jew will do Teshuvah.[4] However, this is important to remind ourselves of after sin occurs, but we must never allow that awareness to detract from our fear of sin. Firstly, it is inherently wrong to sin, even if one does Teshuvah afterward, [5] for one severs one’s soul from Hashem.[6] Moreover, one has no way of knowing when one will do Teshuvah. One might not even end up doing Teshuvah in one’s lifetime, leaving one’s poor, suffering soul to do Teshuvah in a future incarnation,[7] or only after Moshiach comes. (The tremendous divine revelation of the time of Moshiach will make the Neshamah very embarrassed at being “caught” with the stains of sins for which the person has not done Teshuvah.)

This is why the generation of the desert reported that in the Land they saw the Nefilim, lit., “the fallen ones.”[8] These were angels that had fallen from the higher spiritual realms,[9] and observing this led the members of that generation to believe that by descending to refine a low level, they too might fall drastically in their spiritual level.

But although the fear of being led into temptation has validity, Moshe Rabeinu—who was Hashem’s spokesperson, as it is written, “The Shechinah speaks from his throat”[10]—instructed them to enter the land regardless, in order to engage in the task of refining the sparks of holiness in the material world. This was Hashem’s desire, as Yehoshua and Calev said of entering the Land, “If Hashem desires us.”[11]

And since this is what Hashem desired, even a well-meaning person who refused to obey because of the above concern was considered to be rebelling against Hashem, may G–d save us. This is the meaning of the verse, “Only, do not rebel against Hashem...”[12] Refusing to enter the Land, even on account of an otherwise legitimate concern, constitutes rebellion against Hashem’s desires.

Moreover, Moshe sought to bring them to grasp this intellectually by telling them: “The Land is very, very good.”[13] This implies that by entering the Land and working it, one connects to a level even higher than that revealed at the beginning of the creation, before the sin, when “The world was created whole,”[14] for then it was only written “very good” once,[15] while by descending into the Land, which represents the material world, one comes ultimately to an even higher level—“very, very good,” which refers to an incomparably higher spiritual level.[16]

The reason for this is that the higher the source of the spark, the further down it falls,[17] and so when we occupy ourselves with the lowly, physical world, we refine these exceedingly lofty sparks of holiness. By faithfully performing the task required on the lowly level, we reveal the true reality of the lofty source of the sparks that lie there.

This is why it was not enough to serve Hashem in the desert—they had to enter the land of Canaan, which was a low, degenerate land, and serve Hashem there and thereby bring holiness into it, making it into a holy land, and in this way they refined the sparks there.

We find a parallel concept in our divine service. There are two different kinds of souls:[18] those of Torah scholars, and of businesspeople.[19] Torah scholars correspond to the generation of the desert, whose main task was not refining sparks of holiness, while businesspeople correspond to the generation that entered the Land, whose main task was to refine sparks of holiness.

And yet, each one must engage in the other’s divine service as well. In the context of this article, it is noteworthy that Torah scholars should also give some amount of money to charity, albeit a very small amount.[20] True, the Torah study and prayer of Torah scholars also refines sparks of holiness, and on the contrary, for the Torah scholars, refining these sparks is their main task in the world. However, since the sparks in the physical stem from an even higher source, even Torah scholars must give some charity, in order to refine at least some of these sparks.

Like what you read? The articles I write take a lot of time and effort. Please contact me to sponsor an article for (at least) $36 in honor of the birthday, wedding anniversary, or yarhtzeit of a loved one, or for a refuah shleimah or the like. Also, see here concerning the tremendous merit of supporting the dissemination of Chassidus, and the blessings that one receives for doing so.
Posted by Yehoishophot Oliver at 11:06 PM