Educating for Yiddishkeit by Raising Leaders 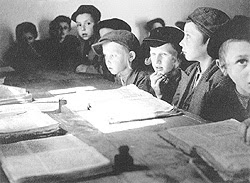 Educating for Yiddishkeit by Raising Leaders

We live in an age and culture in which, for better or worse, the average young person has an independent streak that makes it harder for him or her to obediently follow the example of the older generation. They feel a strong need to forge their own path, to individuate from their parents and elders. How are we to handle this phenomenon, which seems to be at odds with the fundamental goal of chinuch—passing on the timeless beliefs and practices of Torah observance to our offspring?

The Rebbe answers: Use this independent streak to raise children from the earliest years with the goal of being leaders, and encourage them to assume this role wherever and whenever possible.

In the words of the Rebbe:

This is one of the main purposes of yeshivos. In yeshivos, the students aren’t only taught on the individual level. Rather, the main goal is to imbue in the student the awareness that he has to influence his entire sphere of influence—at first, only a limited circle, and later on, a larger circle—to draw them close to Judaism, to the extent that they not only do they fight a defensive war, but an offensive war; i.e., they too will fight for Judaism.

This is especially prominent in Lubavitcher yeshivos. Lubavitcher yeshivos don’t just teach their students to be frum in their relationship with Hashem and with their fellow Jew. Rather, they teach the students that even while still in yeshivah, they must make use of their talents and opportunities to influence others, and serve as leaders.

Thus, a gathering to support a Chabad yeshivah entails more than supporting a particular group or movement. Everyone who joins in by donating to the yeshivah takes part in supporting Judaism overall, because the students of the yeshivah will develop into warriors for Judaism and leaders of the Jewish people—in New York, in the entire United States, and even overseas.

In my own words, with a bit of explanation:

Practically speaking, in our times, raising children to be G–d-fearing means raising them to lead. Of course, parents should send their children to a proper Jewish school, make sure to provide a home atmosphere permeated with Yiddishkeit, love and fear of Hashem and His Torah, learn with each child one-on-one, and the like. Yet in addition to all these efforts, parents should actively encourage children and teenagers to exert a positive influence on their less-observant peers in an appropriate manner, make sure they take part in outreach activities (mivtzo’im) as much as possible, and imbue in their hearts the aspiration to one day assume a leadership role of some kind themselves.

In addition to the benefit for others, this focus will in itself enable the child to be proud and independent in a positive, constructive way, while at the same time remain humble before Hashem and His Torah, and protected from detrimental outside influences.

In addition to the parents’ own efforts in this direction, it is of crucial importance that they send their children to a school that shares the awareness of the crucial role that making leaders plays in educating children and youth in our time. The most suitable school and yeshivah for this purpose is a Lubavitcher one.

Moreover, it deserves to be emphasized that this instruction applies not only to children and teenagers, but also to those who are in mid-life, and whose devotion to Torah observance unfortunately leaves something to be desired. Their Torah observance can be rejuvenated and filled with new meaning and purpose by their taking an active role in activities of Jewish outreach.

Like what you read? The articles I write take a lot of time and effort. Please contact me to sponsor an article for (at least) $36 in honor of the birthday, wedding anniversary, or yarhtzeit of a loved one, or for a refuah shleimah or the like. Also, see here concerning the tremendous merit of supporting the dissemination of Chassidus, and the blessings that one receives for doing so.
Posted by Yehoishophot Oliver at 9:03 PM