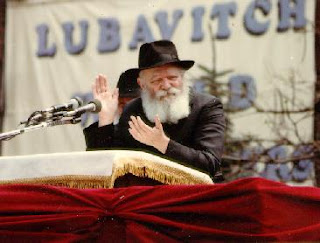 Once the Alter Rebbe sent a messenger to these two chassidim to ask them for money. The messenger came to the one whose divine service was “from below to above,” and told him, “The Rebbe needs money.” “How much?” the chossid asked. “The Rebbe didn’t say,” the messenger replied. The chossid gathered all the money he owned, and gave it to the messenger.

Then the messenger went to the second chossid, to the one whose divine service was “from above to below,” and told him, “The Rebbe needs money.” “How much?” the chossid asked. “The Rebbe didn’t say,” the messenger replied. “I’ll travel to Liozna, and ask the Rebbe how much I should give, and I will give.”

The Alter Rebbe became lost in thought, and said: “Before the deed, or afterwards?”

The next morning, the first chossid came to Liozna, went in to greet the Alter Rebbe, and the Alter Rebbe told him: “You need to leave the place in which you are living.” The first chossid returned home—he had not yet prayed the morning prayer—sold all his possessions, took his family, and left behind the city in which he lived, even though he didn’t know his destination. Still, if the Rebbe said to travel, he had to travel.

The second chossid work up in the morning, and thought, “Why should I travel before prayer? I will pray, and then at 11 am, I will travel to the Rebbe.

In the meantime, a large wind broke out, lightning flashed, and burned down the entire street. Only with difficulty did the second chossid manage to save his family.

After relating this story, the Rebbe Maharash added. These are two different kinds of obedience. They both obeyed, but the first one obeyed immediately, while the second would first consider the matter carefully (“yishuv ha’daas”), and then act.

After retelling this story, the Previous Rebbe added: “One must study this story and feel its content. This is just as important as Chassidus. Just as one toils to understand Chassidus, so must one toil to obey.”

The lesson from this story is very clear. Some imagine that since the path of Chabad means understanding everything one does according to Chassidus, the focus of a chossid must be cerebral and not action-oriented. And so when the Rebbe issues a directive, such a person will reflect upon it in his intellect first, and do the action later on.

In fact, the reverse is the case: For a true Chabad chossid, when the Rebbe issues a directive, the first thing on his mind should be action. His question should not be “what exactly is the profound reason behind this?” but “How can I carry out the Rebbe’s instructions as soon as possible, and as fully as possible?” Only once the job is complete can the chossid stop to reflect upon the significance of the directive according to Nigleh, Chassidus, and so on.`


Also dedicated by Braunstein and Rona families for Shlomo ben Pesach on 8 Sivan.

Like what you read? The articles I write take a lot of time and effort. Please contact me to sponsor an article for (at least) $36 in honor of the birthday, wedding anniversary, or yarhtzeit of a loved one, or for a refuah shleimah or the like. Also, see here concerning the tremendous merit of supporting the dissemination of Chassidus, and the blessings that one receives for doing so.
Posted by Yehoishophot Oliver at 12:10 AM

Email ThisBlogThis!Share to TwitterShare to FacebookShare to Pinterest
labels: Kabbolas Ol, tests of faith, the Previous Rebbe's teachings, what is a chossid