Meraglim: Breaking Through the Resistance 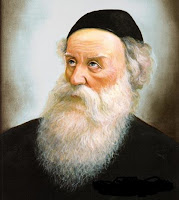 Meraglim: Breaking Through the Resistance

“We cannot ascend to that people,” the spies declared, “for it is more powerful than us [mimenu].”[1] The Gemara states[2] that mimenu can also be translated “than He”—than Hashem.

The spies were not just delivering their conclusion from their intelligence report, and pronouncing that the land was too difficult to conquer in a natural fashion, through warfare. They were denying Hashem’s very ability to employ supernatural means to enable the Jewish people to conquer the Land. Even if He were to leave His vessels there, He would be unable to retrieve them,[3] the Gemara explains. They were uttering heresy.

Now, the spies were no fools. On the contrary, each one was the leader of his respective tribe, a personage of the utmost distinction and stature. Moreover, from all the Jewish people, they had been personally selected by Moshe Rabeinu for this mission, which required keen perception and shrewdness. So if they rejected Hashem’s ability to conquer the Land, they must, it would seem, have had what in their minds was a very compelling justification for such a dramatic statement.[4]

Yet the Torah relates that Hashem’s response was to castigate them, “How long will this wicked assembly provoke complaints against Me?!”[5] Hashem instructed Moshe to convey His rebuke and curse that on account of their spies’ sin, they and all the Jews who believed them would die out in the desert.

Moshe Rabeinu was not told to respond to the spies’ claim by discussing fine points of philosophy with them, and rationally disproving their misconceptions about Hashem’s powers. Moshe did nothing but scream at them and curse them, along with the entire Jewish people (besides the women and the tribe of Levi).

And yet the Torah relates that the next morning, the spies (and all the Jewish people) awoke early, and recanted their heresy,[6] repenting and confessing their guilt, “We are ready; we will rise up to the place of which Hashem has spoken, for we have sinned!”[7] Now, if they had believed that it was simply impossible to enter the Land, even through the greatest of miracles, why would the threat of death have changed their minds? After all, they had been so convinced that the attempt to conquer the thirty-one kings in the Land was foolishly suicidal that they had proclaimed their desire to ... return to Egypt, with everything that that entailed, rather than travel onward toward the Land!

The answer is that a Jew is more than his mind, known as the Nefesh HaSichlis—the Intellectual Soul. A Jew possesses a Neshamah, which is “a part of Hashem from Above,”[8] and this is his true, inner self, and the source of his faith in Hashem. Thus, the Jew’s faith is not external and additional to his being, a result of intellectual proofs; it is fundamental to his very being (see here and here). Jews are “believers, the children of believers”[9]—a Jew is born with a natural, inherent faith in the reality of Hashem and Torah.[10] Of course, a proper chinuch (education) is necessary, but this merely reveals his inherent connection with Hashem.

So what is the origin of the doubts that sometimes fall into a Jew’s mind? They stem from the coarseness[11] within the Bestial Soul. This soul stems from Kelipah, which is a negative spiritual energy that conceals G–dliness.

In a spiritually healthy Jew, the Bestial Soul willingly submits to the Neshamah’s influence, and thereby becomes elevated to serve Hashem enthusiastically. However, sometimes Hashem tests the Jew by granting the Bestial Soul the strength to challenge the Neshamah in order to conceal its powerful G–dly light. It can do this in many ways, but one of its tricks is to cast into the Jew’s mind doubts in his or her faith. “Maybe it’s not really true ... ” If such a thought enters one’s mind, one must expel it immediately, “with two hands.”[12]

If one sins and continues entertaining the doubt after it fell into his mind, then even if he doesn’t lose faith completely, G–d forbid, the doubt weakens his devotion and prevents him from serving Hashem with joy, for joy depends upon certainty, as the saying goes, “There is no joy like the removal of doubts.”[13]

Now, on its own, Kelipah cannot exist and sustain anything. Its only power to do so stems from the energy that it receives from holiness. And so in reality, nothing that receives its life from Kelipah has true substance.

Likewise, since these doubts emerge from the coarseness of the Bestial Soul, they too have no substance. Although they may vest themselves in apparently rational arguments, in reality they are nothing but the evil inclination in the clever guise of the philosopher of supposedly superior intelligence. Hashem tests every person on his or her level, and for some—and especially for the more intellectually inclined—the test of faith when it seems that reason dictates otherwise, is very difficult.

Chassidus provides the solution for these struggles. Be aware that not only is the Bestial Soul merely Hashem’s messenger to test the person, but it knows very well that Hashem is true; it harbors no doubts in faith at all. Rather, it is acting like a salesman trying to sell a gullible consumer a product that the salesman knows very well is faulty. No matter how convincing the salesman may sound, once you find out that it’s just a scam, you will ignore the salesman’s pitch, and tell him to take a hike. Likewise, Chassidus tips us off that the doubts we may have are not real, for every Jew believes in Hashem; rather, the doubts are nothing but a test from Above.

The Zohar[14] compares this (this was discussed in an earlier post here) to a king who has spent years inculcating his son with proper morals, and wants to test him in order to ascertain whether he had truly absorbed the king’s values. So the king sends a harlot to seduce the prince, and instructs her to “give it everything she’s got.”

On the one hand, she must faithfully perform her mission—to use her every wile to seduce the prince. However, inside she knows that in reality the king wants her to fail, and that only then will her mission have met with success. If, however, the prince succumbs to temptation, then the harlot has failed.

This answers the question concerning the spies. The spies’ doubts only seemed intellectual, but in reality these thoughts were nothing but the unrefined coarseness of the spies’ Bestial Souls seeking to topple them. And so Moshe Rabeinu rebuked the spies harshly, thereby breaking through the coarseness of the Kelipah, and revealing the spies’ Neshamos, which radiated the inner faith that had lain dormant all along, unaffected. No religious debates were necessary, nor would they have succeeded.[15]

So the proper response to doubts is not to address them head-on. Rather, do something tangible to purge the inner coarseness that is giving rise to the doubts.

Likewise, we find that (unlike the approach of many other well-meaning outreach workers) the Rebbe’s approach to spreading Yiddishkeit is to avoid entering debates and giving logical proofs as much as possible. Instead, simply encourage a Jew to perform a Mitzvah. Every Mitzvah he performs breaks through his inner resistance, especially since it requires much inner effort for him to do so, and allows his Neshamah to emerge more and more. “One Mitzvah brings another in its wake,”[16] until the resistance is completely removed, and the Jew’s Neshamah comes into full blossom, with the Jew enthusiastically undertaking full observance of Torah and Mitzvos.

I will end with a story that illustrates the above lesson: The Rebbe once related that the Alter Rebbe once came into a shul in Shklov where many Jews had assembled to hear him, including several young Torah scholars who were skeptical about the teachings of Chassidus, and had prepared Talmudic questions to ask him. The Alter Rebbe sang a soul-stirring niggun (melody), and all the questions in the listener’s minds were answered. They ran toward the Alter Rebbe in their eagerness to become his disciples.

Dedicated by Tzvi and Yehudis Rona and family, as a merit for the yahrtzeit of Golda Ruth bas Moishe Tzvi Halevi on 22 Tammuz.


Like what you read? The articles I write take a lot of time and effort. Please contact me to sponsor an article for (at least) $36 in honor of the birthday, wedding anniversary, or yarhtzeit of a loved one, or for a refuah shleimah or the like. Also, see here concerning the tremendous merit of supporting the dissemination of Chassidus, and the blessings that one receives for doing so.
Posted by Yehoishophot Oliver at 12:45 AM

Email ThisBlogThis!Share to TwitterShare to FacebookShare to Pinterest
labels: evil, joy, kashes, rebuke, tests of faith, the Alter Rebbe's teachings, the Rebbe Rashab's teachings, the spies, what is a Jew