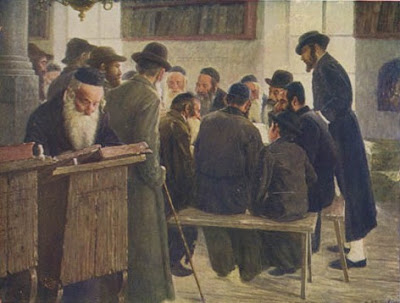 
The Zohar[1] says that the verse, “Nefesh ki secheta”—“When a Jew sins,”[2] should be read as an expression of incredulity: “How could a Jew sin?!”

Just a second. What does this mean? Unfortunately, the reality is that almost everyone—even those who sincerely strive to do the right thing both in their relationship with Hashem and with other people, do slip here and there and sin, and in both of these relationships. And then there are “sins that a person tramples with his feet”[3]—behaviors commonly regarded as “not so terrible,” which are prevalent even among those who are otherwise observant. These include bittul Torah (neglect of Torah study), lashon hora (gossip), indulgence in permitted pleasures, and so on.[4] So how do we understand the Zohar’s shock?

The Hebrew word for world, olam, is etymologically related to the word he’elem, concealment, for the world conceals the true reality of Hashem. In our world, where Hashem’s presence is the most hidden, the world also conceals the spiritual processes that underlie the physical world around us. Thus, when we only consider things from a coarse, physical perspective, we are bound to reach incorrect interpretations and conclusions.

However, Hashem reveals His all-perfect, all-knowing wisdom to us in the Torah, and so gives us the inside scoop on deeper spiritual realities. Through Torah, the Jew is privy to the true perspective on everything in the world around us, while everyone else is confused, or interpreting worldly phenomena in a way exactly contrary to their true nature.

Similarly, when we approach a Jew, we should look to the Torah, and especially its inner dimension, to reveal to us a Jew’s true nature. By nature, not only does a Jew not sin, but the very thought of sin comes as a total shock. What? A Jew? Sin?? It makes no sense!

Rather, the sin is something superimposed, that comes due to the influences of the Jew’s non-Jewish environment; it is not his or her true inner core and identity. Thus, “Even while [the Jew] sins, his soul is still faithful to Hashem.”[5]

The Rebbe[7] points out the apparent inconsistency of the Previous Rebbe’s choice of words. When speaking of shortcomings, the Previous Rebbe said “the shortcomings,” without identifying the possessor of those shortcomings, while in reference to the strengths, he explains, “one’s own strengths.” The Rebbe interprets that the Previous Rebbe meant to make a statement about the fundamental identity of a Jew. Since a Jew’s virtues are true to the wishes of his Neshamah, they can be truly attributed to him; in contrast, when he sins and falls short, these are not his sins; rather, they are sins that attached themselves to him from without.

So when a Jew sins, he goes totally against his nature.

Let’s explain this more deeply. The Neshamah of a Jew consists of five levels (see here). The lowest is the level of Nefesh, which becomes vested in his body and sustains the Jew’s thought, speech, and action in Torah and Mitzvos.

Now, the Hebrew for “when a Jew sins” is “nefesh ki secheta”—literally, “when a Nefesh sins.” So Chassidus interprets the Zohar’s shock to mean that for a Jew, sin is totally unthinkable not only for the essence of the soul, but also for the four higher levels of the external manifestations of the soul—Ruach, Neshamah, Chayah, and Yechidah. Even for the lowest level, Nefesh—which is technically able to take part in a sin through the influence of the Bestial Soul—although sin is not unthinkable, it comes as a total shock![8]

When a Jew realizes that his sins do not define his true self; rather, they are an external force that somehow became stuck to him, this knowledge helps him keep his spirits up despite his low state. At the same time, it empowers him with the confidence that no matter what he did wrong, he can fix it. He is then motivated to do everything in his power to rectify his sins through sincere Teshuvah, and then Hashem will forgive and favor him as if he had never sinned.[9]

This post has been dedicated by Rabbi Shimon Cowen and family lizchus Zalman HaKohen ben Sarah, in the zchus of R' Dovid Fishel ben Rochel for a refuah shleima u'krova, and by Menachem Kovacs in honor of the Yahrzeit of his father, Eliezer ben Shalom ע"ה, on 17 Sivan.

Like what you read? The articles I write take a lot of time and effort. Please contact me to sponsor an article for $36 in honor of the birthday, wedding anniversary, or yarhtzeit of a loved one, or for a refuah shleimah or the like. Also, see here concerning the tremendous merit of supporting the dissemination of Chassidus, and the blessings that one receives for doing so.
Posted by Yehoishophot Oliver at 3:17 PM