Reaching a Higher Level of Consciousness 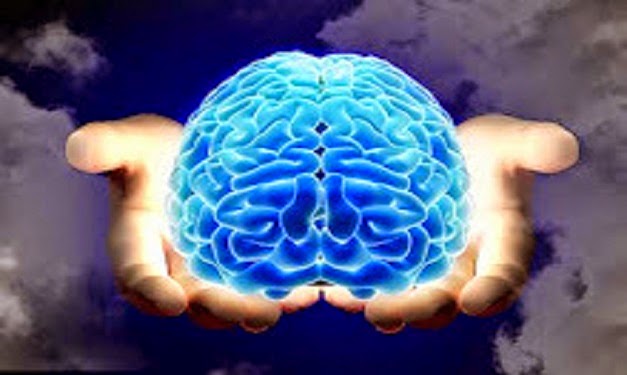 Reaching a Higher Level
of Consciousness


There are two general perspectives or mental states that one can experience. In the terminology of Chassidus: mochin de’gadlus, “higher consciousness,” and mochin de’katnus, “small-mindedness.”

When you are in a state of mochin de’gadlus, you see the big picture, the vast plan, and the underlying purpose of everything around you. Hashem’s absolute reality is real, unquestionable, even tangible, and so you view all worldly things as trivial and fleeting. This awareness naturally brings to vibrant passion and zeal in your divine service (see here).

Likewise, your deep connectedness with higher, spiritual truths makes you ready to have self-sacrifice for a noble cause. You do not care to give up personal preferences and do things that are difficult and demanding, because you believe so deeply in the worthiness of your mission, to which you have been summoned by a higher calling.

However, in a state of mochin de’katnus, you fail to see the vast plan and the deeper meaning behind the world around you. You miss the forest for the trees, and so you get bogged down with material and even trivial concerns. Although you still believe in Hashem and perform the Mitzvos, there is a sense of distance and detachment from the truth of His reality, and this is also reflected in a diminished sense of excitement and inspiration in your divine service. You dwell on superficial, material realities, and lack patience and true joy. You think that material pleasures will bring you true fulfillment, while the thought of efforts at growing spiritually is anything but pleasurable. You are preoccupied with satisfying your immediate conveniences, desires, and needs, and serving Hashem is the last thing on your mind.

Another way of putting it is the distinction between maturity and immaturity. There is a fundamental difference between a mature mentality and a childish one. As the Alter Rebbe writes: “The emotions are commensurate with the intellect, for a child desires and likes petty things of meager value, for his mind is small and too narrow to appreciate more precious things. Likewise, he is angered and enraged by trivialities, and the same goes for [the child’s] boasting and other emotions” (Tanya ch. 6). So the direction of the emotions is dictated by one’s intellect. Thus, the child’s undeveloped mental capacities result in emotional immaturity. This is why a child becomes very excited over sweets and toys, and angered when deprived of them. Conversely, he does not grasp the meaning of wealth and power, and thus he does not truly desire them (cf. Kuntres HaTefillah, p. 16).

Similarly, someone who is physically an adult can be in a state of mochin de’katnus spiritually. They may have little or no interest in Tefillah, Torah study, or anything more than the most basic observance of Mitzvos. Their life revolves around superficial things—amassing wealth, prestige, or satisfying material desires. They do their religious duties mechanically, out of rote, waiting impatiently for the moment they will be “free.” They view anyone inspired about spiritual things with disdain, and dismiss them as “religious fanatics.” Ultimately, one who goes down such a path is at risk of renouncing observance of Yiddishkeit altogether, may G–d save us.

A variation on this theme is someone who is apparently very strong in his or her Torah observance, but approaches it in a way of mochin de’katnus, small-mindedness. This could manifest itself in various ways. One example is a person who follows Halachah meticulously and beyond the letter of the law, which is of course very positive, but falls into severe depression, or gets angry and irritated, whenever he fails even to a minute degree. Or he is obsessively critical of every minute fault in others, and certainly of major ones, but somehow forgets to notice even the minor ones in himself. And so on.


In these cases and many others, the person is not truly thinking about Hashem. He may be keeping Torah and Mitzvos in the technical sense, but he is not truly serving Hashem because he does not think about Hashem; instead, he thinks incessantly about technical rules, do’s and don’ts, all the while missing the main thing—that these rules exist in order to bring us to fulfill our inner potential for goodness and holiness, to refine our inner selves and unite us with Hashem and with all around us—which is the mochin de’gadlus perspective.

In any case, keeping Torah and Mitzvos, and especially living according to the teachings of Chassidus, means following a program which, if followed correctly, with the right guidance, is designed to lift up our perspective from mochin de’katnus to mochin de’gadlus.

So, how indeed does one alter one’s mental state from mochin de’katnus to mochin de’gadlus, or help someone else to achieve this goal? Well, it should be noted that even before we embark on the journey, we have to fix our eyes on the goal. The first step to change is simply recognizing the urgency of the need and cultivating the desire to fill it. But even once one has the desire to grow and change and rise more and more often to a higher state of consciousness, he should realize that it is a gradual process, and although rising ever higher is attainable, it will be a lifelong struggle, that will involve ups and downs.


How exactly do we attain it? I will leave that for another post...

Like what you read? The articles I write take a lot of time and effort. Please contact me to sponsor an article for $36 in honor of the birthday, wedding anniversary, or yarhtzeit of a loved one, or for a refuah shleimah or the like. Also, see here concerning the tremendous merit of supporting the dissemination of Chassidus, and the blessings that one receives for doing so.
Posted by Yehoishophot Oliver at 8:05 PM