The Evil Inclination vs. the Bestial Soul 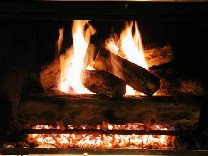 The Evil Inclination vs. the Bestial Soul

(Based on a maamar of the Alter Rebbe,
in honor of 19 Kislev)

The primary chomer of a thing is the component that comes from the element of earth within it. This is the deeper meaning of the verse, “Everything came to exist from earth.”[1] In contrast, the tzurah stems primarily from the specific combination of three other elements—fire, air, and water.

In the wood, the chomer is the element of earth within it, while its tzurah is shaped by the specific combination of the other three elements. Since burning destroys the tzurah of a thing, when the wood is burned, the other three elements are separated from the wood, and only ashes—which come from the element of earth, which is the chomer—are left behind.

The distinction between chomer and tzurah also exists spiritually, and this sheds light on the nature of the Evil Inclination. This name is precise—the Evil Inclination, for this title refers specifically to the emotional expression and inclination toward selfish and even sinful desires, which, unless one exercises self-control, naturally culminates in the thought, speech, and action that consummate these desires.

In contrast, the essence of the Bestial Soul is beyond any inclination; it is not inclined to any particular, defined emotion, for by definition, an essence transcends particularities.[2] Rather, at the Bestial Soul’s essence lies the ko’ach hamis’aveh, the “faculty that desires,” which consists of an intense, primal, selfish desire as it exists in potential form—raw, simple, uncomplicated, and unformed.

Now, although an actual desire for the physical is unworthy, its core, the ko’ach hamis’aveh, is not fundamentally evil, for just as it was directed to physical pleasures, so can it be redirected to desire that which is good and holy—to yearn to connect with Hashem, as it is written, “My soul yearns for You.”[3]

However,[7] in order to reach this love, one must first uproot the “filthy garments”—the selfish, indulgent desires for physical pleasure, permitted and forbidden, along with the thought, speech, and action to which they led. This is accomplished through genuine Teshuvah—sincere regret for one’s past behavior, and a firm resolution to change in the future. Teshuvah uproots one’s desires from materialism and redirects them to yearn for the realm of purity and holiness instead.

Based on Likkutei Torah, Chukas 56c-d.


Like what you read? The articles I write take a lot of time and effort. Please contact me to sponsor an article for (at least) $36 in honor of the birthday, wedding anniversary, or yarhtzeit of a loved one, or for a refuah shleimah or the like. Also, see here concerning the tremendous merit of supporting the dissemination of Chassidus, and the blessings that one receives for doing so.

Posted by Yehoishophot Oliver at 6:06 PM