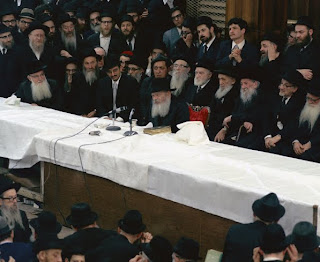 The Jew’s bond with Hashem at the soul-level of Yechidah transcends intellect completely, even the intellect of the Divine Soul.

The Yechidah is also known as the “eisan of the soul.”[1] The word eisan means firm, for this level is firm and unyielding to any force that might separate the Jew from Hashem, G–d forbid. Of this stubbornness to obey Hashem the Jewish people are called “a stiff-necked nation”[2] in the positive sense.[3]

In the Hoshanos liturgy,[4] it is written: “It embraces and is attached to You, it carries Your yoke, the Yechidah to unite You.” This alludes to the qualities of the soul-level of Yechidah:


(For one way to reveal the Yechidah, see here.)

~~~~~~~~~~~~~~~~~~~~
Like what you read? The articles I write take a lot of time and effort. Please contact me to sponsor an article for (at least) $36 in honor of the birthday, wedding anniversary, or yarhtzeit of a loved one, or for a refuah shleimah or the like. Also, see here concerning the tremendous merit of supporting the dissemination of Chassidus, and the blessings that one receives for doing so.
Posted by Yehoishophot Oliver at 10:23 PM