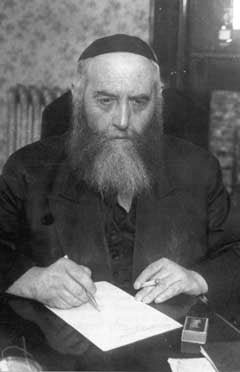 
This was the first letter that the Rebbe wrote after the Previous Rebbe passed away. Its relevance for chassidei Chabad after Gimmel Tammuz (especially in light of the principle of “he ruled concerning himself” discussed here) is self-evident.

The [Previous] Rebbe, my father-in-law, of blessed memory, writes in one of his letters concerning the Histalkus [passing] of his father [the Rebbe Rashab] that in the case of Tzaddikim, the protectors of the earth, even after their Histalkus, “Not only do they not part from their flock, but they plead before the footstool of the exalted Throne, and present themselves before the splendor of the lofty, upraised G–d, to protect over the nation of Yeshurun [i.e., the Jewish people].”

The same is also true of the [Previous] Rebbe, my father-in-law, of blessed memory.

However, from our perspective, we should maintain and further strengthen our Hiskashrus and connection with him with increased vigor, by studying his Chassidic discourses, talks, and letters, and delving into the directives found in them, and the ones, that one personally received. In this way we will go “in the straight path that he showed us, in his paths, and we will walk in his ways forever and ever.”[2]

In my own words: The bond between Rebbe and chossid is very deep, and thus continues despite the Rebbe’s passing. Thus, just as the Tzaddik provided inspiration and guidance in the service of Hashem during his lifetime, so does he continue to do so after his passing. He also continues to plead before Hashem on behalf of his disciples and the Jewish people as a whole, and in a more sublime manner, as he has risen to a far higher state of being.

Thus, his disciples for their part must maintain and even intensify their connection to him by studying his writings and directives, especially those received personally, and deriving the appropriate lessons, and implementing them.

Summary: Even after the Tzaddik’s passing, the Tzaddik maintains his connection with the chassidim. The chossid has to do his part to maintain the bond, and follow the path that the Tzaddik taught. Then the bond established is eternal.
Posted by Yehoishophot Oliver at 10:50 PM

Email ThisBlogThis!Share to TwitterShare to FacebookShare to Pinterest
labels: bonding with the Rebbe, post-Gimmel Tammuz, the Rebbe's teachings