The Rebbe rules on himself 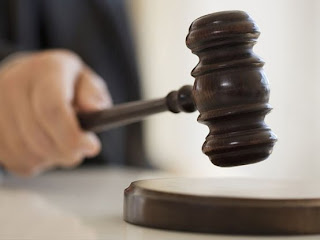 On a number of occasions the Rebbe has discussed the idea that we are judged in the heavenly court according to the way we judge others (for example, see Likkutei Sichos, Vol. 4, p. 1207). On the occasions that the Rebbe first discussed this, the immediate lesson was the importance of looking at another Jew with a favorable eye, considering that otherwise the very same guilty verdict that one issues upon the conduct of others may well, G–d forbid, befall oneself in the Heavenly Court.

However, on later occasions the Rebbe would also quote this idea in a novel, positive way, using it to explain how we ought to relate to Tzaddikim. Following are some examples:

The Baal Shem Tov taught (Kesser Shem Tov, Hosafos, #89) concerning the statement of the Mishnah: “Retribution is exacted from a person with his knowledge and without his knowledge” (Avos 3:16): A person knowingly [“with his knowledge”] “rules” upon another person the punishment that that person deserves for a certain action. Then, when he succumbs to temptation himself in a similar matter, “retribution is exacted from him without his knowledge,” for he has already decided the punishment that the other person deserves. [The verdict is then issued that he be punished similarly.]

Thus, since the Alter Rebbe wrote and explained in Iggeres HaKodesh (section 27, which was written to console the disciples of Reb Menachem Mendel of Vitebsk) about the tremendous spiritual impact of the Yom Hillula [day of the passing] of a Tzaddik, and this concept he wrote “with his knowledge,” ... through this we know the tremendous greatness of the Alter Rebbe’s Yom Hillula, through his own words, which were written “with his knowledge.”

2. Likewise, in the ma’amar (Chassidic discourse) of Ve’atah Tetzaveh—which holds extra relevance and importance to our time because it is the most recent ma’amar that the Rebbe distributed to the chassidim with his holy hands—the Rebbe says the same idea concerning the statement of the Previous Rebbe about Mordechai HaTzaddik (and by extension, of course, implying the same thing about himself):

By quoting in his ma’amar the statement of the Medrash that Mordechai in his generation was considered equal to Moshe in his generation, through this the author of the ma’amar [the Previous Rebbe] issued a ruling upon himself that he is the faithful shepherd—on an open level—of all the members of the generation.

For chassidim of the Rebbe, the main relevance of this way of applying the teaching of the Baal Shem Tov to the way we regard Tzaddikim is in terms of the way we regard the Tzaddik closest to us, our Rebbe. Thus, it follows that in these Sichos in which the Rebbe speaks about other Tzaddikim “ruling on themselves,” the Rebbe is in fact also “ruling on himself” that his words concerning the earlier Rebbeim teach us how we, as chassidim, should view the Rebbe himself. This particularly applies with respect to the Rebbe’s numerous statements concerning the Previous Rebbe. It may be asked: how are all these statements concerning the Previous Rebbe directly relevant to us, if we are first and foremost chassidim of the Rebbe? Rather, in these statements the Rebbe is indirectly but clearly and unmistakably teaching us how to be his chassidim.

This is especially relevant in our current situation, in which we do not see the Rebbe physically. We can and must learn how to relate to the Rebbe after his Histalkus on Gimmel Tammuz from reading the way that the Rebbe spoke concerning the Previous Rebbe after Yud Shevat.

1. The Sichos quoted above demonstrate that the Rebbe even learns from the statements of Tzaddikim concerning other Tzaddikim in different situations than themselves.

3. This question can only be asked in the first place concerning the sichos delivered after 10 Shevat 5711, the day when the Rebbe assumed leadership of the chassidim openly and officially. Until then, however, the Rebbe had not assumed the mantle of leadership (though we believe that he was already the Rebbe), and so his statements concerning how to maintain one’s Hiskashrus to the Previous Rebbe after Yud Shevat mean just that: Guiding the chassidim in how to relate to the Previous Rebbe after Yud Shevat and how to maintain and even strengthen their Hiskashrus with him.
Posted by Yehoishophot Oliver at 7:00 PM

Email ThisBlogThis!Share to TwitterShare to FacebookShare to Pinterest
labels: bonding with the Rebbe, post-Gimmel Tammuz