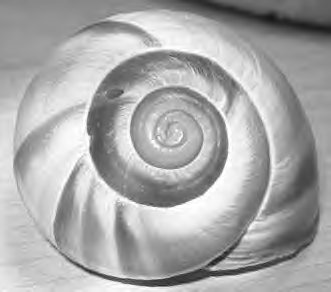 “Followers” are people whose lives revolve around satisfying the expectations of others. They mean well, and often sincerely desire to improve, yet they consistently fall, for they yield to peer pressure. Put differently, their identity depends upon their surroundings. Thus, if everyone else is doing something inappropriate, they will “follow the herd” and dismiss any inner compunctions about the appropriateness of their actions. Even if the external behavior they are following is not inherently objectionable, the very fact act of imitating the actions of others solely out of a desire to conform is a sign of a follower personality. Such a person is spiritually at risk, because when he changes company, or is otherwise tested, his actions will change as well.

The core of the problem is this person’s inner weakness. A snail has a shell, but no bone at all. It slithers around, makes a mess, and can be crushed in an instant. Similarly, some people dress and act religiously on the outside, but when their environment changes they fall, because they have no backbone.

Thus, doing the right thing out of a desire to conform is not kabbolas ol (acceptance of the yoke of divine sovereignty), because one’s intention is not to submit to Hashem. That’s not to say that such actions are completely worthless, for the action is still a proper action, and “action is the main thing” (Pirkei Avos 1:17).  Still, this action can’t be defined as service of Hashem in the true sense.

Rather, a Jew’s backbone is his kabbolas ol. He submits to Hashem as His servant, rather than to the wishes of mortals in his environment due to fear of social (or other) sanctions.

This principle is so important that it is written at the outset of the Shulchan Aruch (the Code of Jewish Law): “One should be bold like a leopard [in serving Hashem] not to be ashamed before the scoffers.”

Posted by Yehoishophot Oliver at 10:43 PM