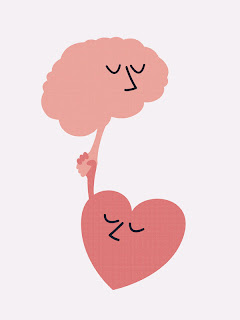 Appreciating this progression is not merely a point of philosophical interest; it is highly practical, and even vital. Torah in general and Chassidus in particular instruct us to work to refine and change our character traits. So one who wants to change a negative emotion or develop a positive one must know that this noble goal simply cannot be accomplished by merely willing it to be so, by furrowing one’s brow and firmly deciding, “Yes! I can, I will, I must feel it!” Rather, one’s resolve to strive for inner change must involve deciding to work on cultivating the intellect in a way that will be conducive to producing the emotion that one aspires to feel. (This principle is also fundamental to the derech of Chassidus Chabad in particular.)

As mentioned, intellect and emotions share a cause-and-effect relationship.

As Chassidus defines the cause-and-effect relationship, the effect exists in a hidden, potential state within the cause, and then, when the cause ceases, this preexisting potential emerges from the cause and evolves into an independent entity—the effect.

Likewise, the emotions exist within the intellect first, and then, when the stage of intellect finishes, they emerge and evolve into actual, tangibly-felt emotions.

However, the emotions within intellect (middos shebe’sechel) are distinctly different from true emotions, which are the emotions as they exist within the heart.

True emotions are fundamentally subjective and egotistical, revolving around one’s personal perception of self-interest. E.g., the main emotions are love and fear. Love is an attraction, a desire to bond with that which I feel is beneficial for me, while fear is a repulsion, a desire to avoid that which I feel is detrimental to me. Either way, the emotion is self-focused.

In contrast, intellect is, or at least strives to be, fundamentally objective and self-transcending, and so the emotions within intellect involve transcending self and connecting to truth. How does this occur? Once the mind truly understands the intricacies of a concept, it becomes impressed and excited at the depth, complexity, richness, beauty, and truth of that concept. “Wow! Awesome!” the intellect exclaims. This is hispa’alus sichlis, intellectual excitement (see this earlier article where I touch on this concept), and these are the emotions within intellect.

On the one hand, this form of intellect is different from raw intellect, which is exclusively concerned with dissecting the technical details of the concept under study, and is characterized by measured coldness. In contrast, hispa’alus sichlis is considered in a sense emotional because the quality of excitement and passion is typical of the emotions. Yet it is not truly emotional, because it is not at all concerned with “what’s in it for me,” and so it is still generally classified within the realm of intellect.

To be continued, with the help of Hashem.


Dedicated in honor of the birthday of Shaina bas Atara Arielle on 22 Tammuz.

___________________________________
Like what you read? The articles I write take a lot of time and effort. Please contact me to sponsor an article for (at least) $36 in honor of the birthday, wedding anniversary, or yarhtzeit of a loved one, or for a refuah shleimah or the like. Also, see here concerning the tremendous merit of supporting the dissemination of Chassidus, and the blessings that one receives for doing so.
Posted by Yehoishophot Oliver at 3:53 PM

Email ThisBlogThis!Share to TwitterShare to FacebookShare to Pinterest
labels: fundamentals of the Chabad derech, intellect and emotions, the Previous Rebbe's teachings