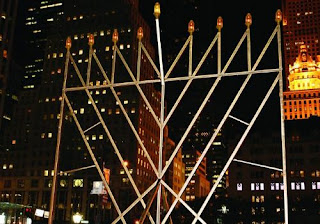 
The Rebbe has come out with numerous calls for the Jewish people to undertake various new customs and practices not necessarily followed by our’s predecessors. These include (in no particular order, and this is a mere fraction of them): studying Chitas—Chumash, Tehillim, and Tanya as divided up according to a yearly cycle; studying the Rambam’s Mishneh Torah as divided up into the triennial or yearly cycle; celebrating the Hakhel year; women wearing a sheitel; boys wearing Rabeinu Tam’s Tefillin from the age of Bar Mitzvah; girls lighting Shabbos candles from age three; lighting public Menorahs; disseminating the laws of Noach to non-Jews; and perhaps most importantly, calling upon all Jews—including women and even children, on their level—to study Chassidus in order to prepare for the coming of Moshiach, along with topics of Moshiach and the Redemption (see here), and so on.

Some have responded to these calls by saying that they refuse to change from the example that was displayed to them by their forefathers—“ma’aseh avoseinu beyadeinu.”

The Rebbe acknowledges that in a certain context, this concern is valid:


It is famous just how careful great Torah leaders of past generations were not to establish new customs—even when there was no concern that doing so would violate the prohibition “do not add” to the Torah,”[1] as is obvious. Great Torah leaders [in particular, the Chasam Sofer—see further] said of this—by way of pun—“New [practices] are forbidden by the Torah.”

The reason for their tremendous caution was in order that there be no opening for students who were lacking sufficient training,[2] or those who didn’t qualify as students altogether, to establish new customs that bring no benefit and on the contrary, are detrimental.

What is an example of such an innovation in the context in which the Chasam Sofer said it? In one responsum, he speaks[3] of those who seek to move the bimah (dais) from the centre of the shul to the front of the Aron Kodesh because, they claim, they think it’s prettier and more spacious that way (or in order to mimic the design of a Church, lehavdil), and of this he states: “New [practices] are forbidden by the Torah.”

However, the Rebbe says, unfortunately, those who quote this aphorism in order to justify their unwillingness to adopt innovations in their Torah observance of a positive nature introduced by great Torah leaders and Tzaddikim are misguided; on the contrary, positive increases adopted on the advice of truly great Torah leaders must be adopted in order to overcome the additional spiritual darkness of the exile:


With regard to [the Rebbe’s urging for] adding in areas of holiness, some ask: This seems to be an innovation, and “New [practices] are forbidden by the Torah,” along the lines of the aphorism of the Chasam Sofer applied to similar cases. ... It is worthwhile to clarify (although it should be self-evident) that these claims have no basis. First, this is not an innovation, because these two customs are quoted in many holy works of earlier generations, as explained at length earlier.

The only innovation in this suggestion is that in light of the current situation in which we need increased prayer, everyone should adopt the suggestion of our great Torah leaders of past generations: Maimonides, Rabbi Shlomo Luria, the Arizal, the Bach, the Taz, the Alter Rebbe, and more. And this does not in any way entail deviating from one’s prayer liturgy, as explained above at length.

Moreover, this [suggestion that people undertaking a new practice] is not an innovation, for it was customary in every generation that when the darkness of “the other side” intensified, they would add in matters of goodness and holiness, Torah and Mitzvos. This is along the lines of the Gemara’s statement: “When he found a valley [i.e., an open space], he put a fence around it.”[4] [I.e., when Rav came to Bavel, he observed areas in which people were ignorant and neglectful, and so he enacted certain laws to prevent the people from further transgression.]

Moreover, the Rebbe adds, these same people who so self-righteously refuse to change in a positive way because they don’t dare deviate one iota from their predecessors’ example are practicing a double standard, for they themselves have often adopted radical changes in their lifestyle of a negative nature, of exactly the kind that the Chasam Sofer zealously opposed:


In connection with the suggestion to adopt the recital of “I accept upon myself the positive Mitzvah to love one’s fellow Jew” and the verse, “Indeed, the righteous will acknowledge Your Name, the upright will dwell in Your presence,”[5] some argue that since they have not done so until now, they do not want to adopt a new practice; or, as they put it: “New [practices] are forbidden by the Torah.”

First and foremost, the claim that one does not want to increase in matters of holiness on account of a “concern” of [inappropriate] innovation has no basis whatsoever.

This aphorism, “New [practices] are forbidden by the Torah”—which is the basis of their claim—is an aphorism of the Chasam Sofer stated in reference to the innovations that some sought to introduce in his era—in undesirable areas.

If that’s the case, let us ask those who declare that they raise the banner of “New [practices] are forbidden by the Torah”: Do they think that the Chasam Sofer started out his day by reading ... a newspaper? They will certainly respond: “G–d forbid to even ask such a question!” And yet they themselves have adopted this new practice, which was never done before—reading a newspaper before Tefillah, and doing business before Tefillah, if only by telephone, and sometimes after going to Mikveh, and sometimes beforehand. So if such innovations are acceptable, why is it forbidden to adopt an additional practice in matters of holiness?!

Moreover, and this is the main thing, the recital of these two verses is not an innovation altogether, as explained at length...

Likewise, it is also possible that one’s forefathers, although very pious in many areas (in which we would do well to emulate them), in other areas, they may simply not have sufficiently followed true Torah sources, and so not all their actions serve as an example for us:

In conclusion, we should zealously follow our age-old Jewish customs, for “A Jewish custom is Torah.”[6] Those who are not of sufficient caliber must not innovate new customs (or foolishly try to create their own derech, for that matter—see here). However, true Tzaddikim—such as the Rebbe, of course, in our time—are the expert “doctors” who can and should institute for the entire Jewish people that certain new practices be adopted because the times demand it—and it can be readily understood that an increase in darkness demands an increase in light, and a new sickness requires a new cure.

On the contrary, one dare not exempt oneself from carrying out these directives simply because one holds one’s predecessors in such high esteem that one refuses to budge from following their example in every respect. Moreover, this self-professed stalwart for conservatism might do well to take his own advice to heart, and strive to eliminate negative innovations in his own life, and bring his own lifestyle to emulate the atmosphere and average level of fear of G–d found in “der alter heim.”

There can be no doubt that in our times, when the inroads of secularism in our communities have intensified, and additional darkness and spiritual sicknesses proliferate, the Rebbe’s holy instructions on how to we should go about counteracting that darkness—instructions that he directed to all the Jewish people—should be followed and disseminated more than ever.

___________________________________
Like what you read? The articles I write take a lot of time and effort. Please contact me to sponsor an article for (at least) $36 in honor of the birthday, wedding anniversary, or yarhtzeit of a loved one, or for a refuah shleimah or the like. Also, see here concerning the tremendous merit of supporting the dissemination of Chassidus, and the blessings that one receives for doing so.
Posted by Yehoishophot Oliver at 2:31 AM