Chassidus: A philosophy and a lifestyle 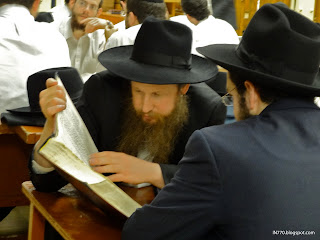 Chassidus: A philosophy and a lifestyle

The derech of Chassidus consists of both a philosophy—“the study of Chassidus” and a lifestyle—“the ways of Chassidus” (see here). The two are more than necessary, complementary aspects of a Chassidic lifestyle—they are interdependent and inextricable.

The teachings of Chassidus inherently necessitate that one follow a Chassidic lifestyle, and so the lifestyle is the fulfillment of those teachings. Conversely, one who follows the lifestyle but neglects to study the teachings—of course, each person according to his or her individual level—will in one way or another be lacking in the lifestyle as well.

To explain, the core of Chassidus is to promote a pure belief in the unity of Hashem. Now, belief in divine unity is by no means a novelty of Chassidus. However, before Chassidus was revealed, divine unity meant that His existence is simple, a unity that transcends all parts. Moreover, Hashem is the only Creator—He doesn’t share His control over the universe with any other force, nor does He have any helpers, and therefore one’s prayers should be directed to Him alone.

Yet according to this worldview, the world exists. True, it exists because Hashem created it, but now that the deed is done, the world is in fact real. But Chassidus takes divine unity further, teaching that not only is Hashem the one and only deity, but He is the only being in existence. In reality, “ein od milvado”—nothing beside Him exists.

(This statement raises many questions, naturally, such as 1. How can Chassidus declare that the world doesn’t exist if the Torah says that Hashem created the world? 2. How can I reconcile the belief that only Hashem exists with my tangible observation of the vast array of multiplicity in the world? 3. Doesn’t the Torah itself recognize the world’s existence by requiring that we keep Mitzvos with physical objects according to certain physical specifications? And so on.

Suffice it to say that these and many other questions on this matter are discussed in Chassidus, and the one who truly seeks Hashem will not suffice with reading almost glib, “standing-on-one-foot” summaries of this incredibly profound concept, for after all, the entire corpus of the literature of Chassidus Chabad comes to explain this teaching, and so the serious student will fulfill his duty to learn. In any case, addressing these questions is beyond the scope of this article.)

One who learns and understands to a significant degree that only Hashem exists reaches a certain inner awareness of this fundamental truth, and this spurs him to desire to live a very different kind of lifestyle from one who lacks this sensitivity. When one realizes that only Hashem exists, and this is in fact the core of the entire Torah, then an onus lies on the person to live a lifestyle that reflects that belief.

According to Chassidus, this is the meaning of the Torah’s mandate,[1] “All your actions should be for the sake of Heaven”: Bring consciousness of Hashem and the devotion to serve Him to permeate every single aspect of your life—without exception. Thus, the Jewish people are called “one nation on the earth,”[2] for our mission is to bring consciousness of Hashem’s oneness down into the mundane world, and into every aspect of it.[3] Then Hashem is not only one in theory, but also in practice.


Dedicated in honor of the wedding of Shmuel Aaron ben Liba and Malka Aida bas Devorah Forshner on 8 Elul, 5772.

___________________________________
Like what you read? The articles I write take a lot of time and effort. Please contact me to sponsor an article for (at least) $36 in honor of the birthday, wedding anniversary, or yarhtzeit of a loved one, or for a refuah shleimah or the like. Also, see here concerning the tremendous merit of supporting the dissemination of Chassidus, and the blessings that one receives for doing so.
Posted by Yehoishophot Oliver at 11:17 PM