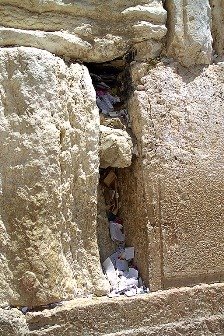 Oddly enough, sometimes the most effective way of dealing with a problem is by not focusing on it. At first glance this seems completely counter-intuitive. Who ever solved a problem by ignoring it?

Tanya ch. 28 discusses one troubled by forbidden or extraneous thoughts that the animal soul casts into his mind in order to distract him from focusing on his prayers. The Tanya explains that the only way to overcome such thoughts is to simply disregard them completely; instead, one should focus with even more intense concentration on the words of prayer.


Focusing on the thoughts in any form is counter-productive, for the thoughts are comparable to an anti-Semite who persistently harasses a Jew. As soon as the Jew responds—no matter how clever he thinks he worded his comeback—he has lost, for that is exactly what the anti-Semite wants—to grab the Jew’s attention so that he can torment the Jew further.

Likewise, one who attempts to avoid the sin of forbidden thoughts by dwelling on why they are so wrong and sinful finds himself in the process still thinking about the forbidden thought, which in turn brings him to dwell on it further—and so he has fallen right into the evil inclination’s trap. “He who wrestles with a dirty man, becomes dirty himself.”

This principle applies not only to overcoming temptation to sin, but also in relating to past sins. As discussed in Tanya ch. 26, one of the ploys of the evil inclination is to bring one to dwell upon one’s sins and become saddened over them. But wait a minute, isn’t it a Mitzvah to do be sad that one sinned against Hashem, and do Teshuva? How can this be considered a bad thing?

To explain this, the Tanya states that part of the reason that the Torah instructs us to “serve Hashem with joy” (Tehillim 100:2) is that joy infuses one with strength and resolve in serving Hashem, enabling one to overcome the wiles of the evil inclination. Reflecting upon past sins and how terrible it is to sin naturally evokes feelings of sadness that weaken the person both spiritually and physically, and thus makes him even more susceptible to fall into sin. Since the evil inclination knows this—for it is called the “sly one” (Likkutei Dibburim, Vol. 3, p. 516a), it wants the person to think such thoughts. This is one of the cases in which the evil inclination comes with a “silk kapote” (Igros Kodesh HaRayatz, Vol. 4, p. 394; Sefer HaSichos 5685, p. 83), insidiously assuming a guise of piety in order to ensnare the person.

Only on certain occasions are thoughts of one’s sins and how to rectify them deemed appropriate: during Cheshbon Nefesh, a deep personal reckoning. There are certain times designated as appropriate for this, such as when reciting the Shema before going to sleep (Kerias Shema she’al hamitah), Erev Rosh Chodesh (also known as Yom Kippur Katan, the small Yom Kippur), and the entire month of Elul and the Ten Days of Teshuva.

What about sadness leading to weakness? The answer is that when Torah informs us that these times are auspicious for making a personal reckoning, this means that during these times Hashem grants from above additional strength that enables one to reach a certain amount of sadness over one’s sins in a way that will not adversely affect one’s divine service.

Moreover (as also discussed in Tanya ch. 26), as soon as one is finished with sadness and teshuvah, he should be confident that Hashem has forgiven him, and this should bring him to tremendous joy, such that by the time he finishes his personal reckoning, and turns his attention back to his regular divine service, he has returned to a state of joy.

However, at all other times one should be focusing not on meticulously assessing one’s exact level and analyzing one’s sins and shortcomings, but on the task at hand: serving Hashem.

(An additional reason for this is that it distracts the person from his main mission. This is comparable to a businessman, whose primary preoccupation should be selling his merchandise. Although he should take stock of his profit and loss, he can only do so from time to time, for if he is constantly engaged in stocktaking, he will certainly never sell anything!)

Then, when one focuses on increasing in Torah and Mitzvos, these thoughts automatically have no place to enter. And even if they do enter for a moment, they can be rejected easily, just as light is dispelled by darkness—automatically (see Tanya ch. 12). One is then surrounded with an atmosphere of holiness, and finds oneself in a much more pure state of mind and heart than if he would be constantly dwelling on how terrible sin is, how low he has fallen through his sins, and how vital it is to undo his past sins. Thus, this approach also protects him from sin much more effectively.

In this connection, here (also mentioned in Igros Kodesh, Vol. 22, p. 8) the Rebbe quotes the responsum of the Rebbe, the Tzemach Tzedek, who says (see here) that thinking and worrying about the “sins of youth” naturally leads one to the same undesirable results as those of forbidden thoughts. This is the basis for the traditional approach in the Chabad community not to discuss this sin, or its tikkun, on a regular basis (in contrast to the approach of certain other Chassidic circles).

That’s not to say that a tikkun isn’t needed, and that one shouldn’t do things to effect such a tikkun. At the same time that the Rebbe advises people to focus their attention elsewhere, and if they are at the right stage, to get married, he then typically prescribes certain practices that serve the purpose of both preventative measures and tikkunim.


These include:
Other pieces of advice that were given that clearly seem to be preventative measures (and not tikkunim), include eating in a healthy way, not eating a lot before going to sleep, avoiding gossip and idle chatter, and having one’s Tefillin and/or Mezuzos checked.

However, one should follow these practices without being preoccupied with the fact that they are a preventative measure or a tikkun—although of course one is fully aware that this is so, and this awareness is part of his motivation to do them.

The exception to this rule, the Rebbe says in the above letter, is when dealing with people who are simply not aware that it is forbidden to look at certain things and engage in “sins of youth” in the first place (especially since some secular doctors and mental health “professionals” even encourage it)! Or even if they realize vaguely that it’s problematic, they are unaware of the degree of the sin’s severity. When dealing with such people one must speak openly about this sin, in order to teach people that it is wrong. However, once the person has grasped the severity of the sin, the most effective way of overcoming it and rectifying it is as above.
Posted by Yehoishophot Oliver at 10:32 PM