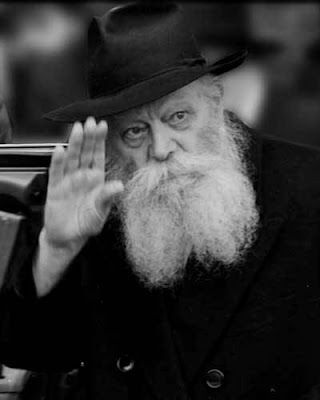 On 27 Adar I, 5752 (March 2, 1992), the Rebbe suffered a stroke on his right side, Rachmana litzlan, while davvenen at the Ohel. On the same day two years later—which was, of course, an open display of Divine Providence—the Rebbe suffered another stroke, this time on the left side of his holy body, after which he lost consciousness.

After 27 Adar, everything changed. The Rebbe stopped coming down to davven in shul, and farbrengens also stopped completely (except for 16 Tishrei 5753, when the Rebbe came down to a farbrengen in the big shul). After a while the Rebbe began to come out, but not on his regular dais. Instead, a special balcony was built on the west side of 770 for this purpose.

The biggest change during this period was that although from time to time the chassidim were able to see the Rebbe, they were not able to hear him.

Many of the sichos in the years before 27 Adar contain clear hints of guidance for chassidim concerning the periods after 27 Adar and Gimmel Tammuz. What to do about not hearing the Rebbe was also forewarned. In the sicha of the parsha of Bo, shortly before 27 Adar, the Rebbe clearly alluded to the possibility of such a scenario, and taught the chassidim how to deal with it:

Even during his lifetime, the [Previous] Rebbe suffered physically, and this adversely affected his spiritual affairs. This includes the fact that in his last years he was in a condition of “a heavy mouth and a heavy tongue (Shemos 4:10),” similar to what is written of Moshe Rabeinu. This [adversely] affected the manner in which he said Chassidus and disseminated Torah, Judaism, and the wellsprings [of Chassidus] outward.

In fact, the doctor (who was a professor, which is more than a regular doctor) even asked him: “How come your suffering had to express itself in your faculty of speech, such that you are not able to carry out your mission in this world as you would wish?! The [Previous] Rebbe is the one who is so devoted to spreading Torah and Judaism and the wellsprings [of Chassidus] outward. Hashem should have allowed him the full ability to carry this out to the maximum extent, by allowing him maximum control over his faculty of speech, for speech is the primary way to spread Torah and Judaism (by delivering Chassidic discourses, issuing directives, and so on). On the contrary: since he is so devoted to this work, he should have been granted even greater strengths than other people!

“If so,” asked the doctor, “how is it possible that despite all this, we see the opposite?” ...

This is not just a logical question of a doctor—how come the Nasi HaDor is not able to fulfill his mission as he would wish—but also a question according to Torah. This is evident from Moshe’s complaint to Hashem: “I have a heavy mouth and a heavy tongue” ... “I am clumsy of lips” (Shemos 6:12) and therefore [Moshe said to Hashem]: “Please send in the hand of the one whom You will send” (i.e., Moshiach—see sicha of Chayei Sara 5752). To this Hashem immediately responded, “I will be with your mouth”; He did not suffice with this, and added: “Aharon your brother ... will be a mouth for you,” for Aharon brought out Moshe’s words in actual physical speech.

It may be said that the fact that my revered father-in-law, the [Previous] Rebbe, suffered similarly, was similar to what occurred to Moshe in his generation. Since the refinement had not yet been completed, and therefore “the speech was in exile” (and Moshe himself transcended the revelation in speech), therefore Hashem did not heal him, but performed a miracle such that “I will be with your mouth” and “your words will be ready.”

The rectification and fulfillment of this is accomplished in the most complete matter—with the strength endowed by the [Previous] Rebbe—through the souls in bodies, healthy souls in healthy bodies, in this generation, the ninth generation [from the Baal Shem Tov]. We have the power to accomplish the task of “Aharon your brother ... will be a mouth for you,” through concrete verbal expression (such that “the sound is heard in Pharaoh’s house” (Bereishis 45:16)), and in an abundant measure, the words of Torah and instructions, and so on, of the [Previous] Rebbe. ...

It should be emphasized that everyone should undertake that his study of the teachings of the [Previous] Rebbe should also complete and fill up what was lacking in the dissemination of the wellsprings [of Chassidus] due to the [Previous] Rebbe’s speech impairment, [and this ought to be accomplished] both through one’s own verbal study, and through disseminating the wellsprings outward, to others.

At the time this sicha surely sent chills down the spines of the chassidim, for many sensed (unfortunately, correctly) that the Rebbe was presaging unpleasant future events. Unfortunately, this was what indeed occurred on 27 Adar: the Rebbe’s faculty of speech went into exile.

The lesson for us now, especially after 3 Tammuz, is obvious (especially based on the principle of “he ruled concerning himself” discussed here): For the moment, in our current situation in which the Rebbe’s voice is not heard physically, it is our responsibility to make up for that absence by intensifying in our own study of his teachings—and “in great abundance”—and in our teaching them to others.
Posted by Yehoishophot Oliver at 8:30 PM