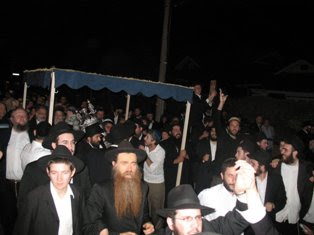 When we refuse to conform to the behavior of the world and stick to our ancient, sacred tradition, this will not be perceived as a fault, but as greatness, as the Rebbe teaches in explanation of the verses concerning Mordechai:

“The governors of the lands ... all supported the Jews ... for Mordechai had become great ... and his fame had spread throughout the lands” (Esther, 9:3-4).
Mordechai’s greatness was witnessed by all the nations in his firm stand in all matters associated with Judaism, such that “Mordechai would neither kneel nor prostrate himself” [before Haman] (ibid., 3:2). Those who erroneously behave in the opposite manner [by compromising in their Torah observance] provoke the gentile nations to publicly express the opposite of love for the Jewish people, may G–d save us! Would that we would never come to such a state of affairs, and this warning would suffice.
Hisva’aduyos 5745, Vol. 3, p. 1714.

In my own words:
Ultimately, by refusing to bow down to Haman, Mordechai became famous far and wide as a champion of goodness and truth.
Some Jews think that in order to gain the approval and support of the nations, the Jewish people need to compromise their standards and imitate non-Jewish behavior.
However, the reality is the exact opposite: The key to earning the respect of the world is showing that we are not ashamed or apologetic of who we are—Jews unswervingly loyal to our timeless mission to study Torah, observe the Mitzvos, and proclaim G–d’s unity to the world.
Non-Jews sense subconsciously that we are spiritually different, so when we maintain that differentness with uncompromising yet refined purposefulness, with proud yet humble perseverance, our holy energies shine brightly, dazzling non-Jews with our fineness and nobility. They are in awe of us, and they stream to us for guidance.
However, when they detect that we are embarrassed at our calling, that we indifferently abdicate our invaluable role and chase after their culture and slavishly imitate it, not only do they refuse to accept us, but they regard us with contempt and derision.
Posted by Yehoishophot Oliver at 12:37 AM