Why No New Rebbe? 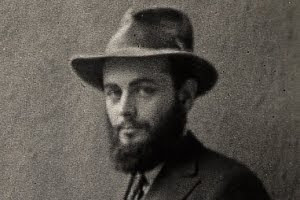 Why No New Rebbe?

Some ask: Why hasn’t the Chabad movement appointed a new Rebbe?

One answer is that in the case of the previous Chabad Rebbes, even when the successor was not immediately known, the predecessor dropped various hints about the successor’s identity. In contrast, the Rebbe explicitly prepared chassidim for the event of his histalkus by issuing a public will (see here), in which not only did he not indicate that the Chabad movement would be led by another Rebbe after the Rebbe’s histalkus, but on the contrary, he instructed that it be led by the Chabad Rabbonim of each community, whom the Rebbe declared were to be akin to Yehoshua who succeeded Moshe Rabeinu.

Moreover, on an earlier occasion, the Rebbe alluded to the possible scenario of his histalkus, and instructed chassidim how to act in such a situation by relating the following story of the Tzemach Tzedek.[1]

Once, the Tzemach Tzedek was summoned to a rabbinic conference called by the secular authorities. At this conference he vehemently opposed the “reforms” in Jewish education that the anti-religious Haskalah movement was pressing the government to mandate, and in so doing he endangered his life many times.

His colleague at the conference, Reb Itche Volozhin, confronted him: “How can you permit yourself to risk your life—what will be with the community [if you lose your life,  G–d forbid]?” The Tzemach Tzedek responded: “This question can be answered in two ways: First, there are the children [who can succeed me]. [They were holy in their own right, and most of them indeed went on to take the mantle of Rebbe after the Tzemach Tzedek’s histalkus.] Second, the unity among chassidim will lead them toward Moshiach.”


Now that it is the hundredth year after the histalkus [of the Tzemach Tzedek], and now there are also no children, the solution is for chassidim to unite, and in this way they will carry it out. ... The unity among chassidim nullifies all decrees and negative things, breaks through all boundaries, and elicits the truth of Havayeh [transcendent G–dliness] until it reaches here, in the world.

The Rebbe was clearly intimating (and twenty-eight years in advance!) that since in the scenario of his histalkus, G–d forbid, there would be no successor, the solution to the absence of his physical leadership will lie in the Tzemach Tzedek’s second response—unity among chassidim. Here, too, the Rebbe clearly indicated that he would have no successor, and instructed chassidim how to approach this scenario.

Yet although there is no successor, this is not to say that the Rebbe no longer leads us, chas veshalom. Rather, what the Tzemach Tzedek meant to say was that through unity among themselves, chassidim would be able to overcome his physical absence. But he would still be spiritually present with his chassidim just as before. We see this principle in the Rebbe’s words concerning the Previous Rebbe after Yud Shevat:

People ask questions concerning histalkus [i.e., how can the Previous Rebbe continue to lead us after his histalkus]. We find that the Talmud Yerushalmi[3] says of Shimshon:

In other words, Shimshon’s leadership and rule continued even after passing, for the Jewish people were “in fear of him” [i.e., inspired by him to serve Hashem] for another twenty years; thus, it is considered as if he had judged the Jewish people for forty years.

If this is true of a Shofet, it is certainly so with regard to a Rebbe, since the entire being of a Rebbe is the soul-level of Yechidah [regarding this level of the soul, see here], and he elicits this level into every section of his soul and of his body. With respect to the level of Yechidah, the event of a histalkus has much less relevance. Thus, it is absolutely certain that a Rebbe can continue to lead even after his histalkus, just as he did during his lifetime.

There are certain areas in regard to which the histalkus makes a difference. However, in other areas [nothing has changed]. Just as things were run until now—two, three, four years ago, and earlier—with supernatural success, because the Rebbe was in charge, so, too, from now on. The Rebbe is in charge, and is running all matters. ...

Thus, just as until now, in all areas [of his activities], there was tremendous, supernatural success, so will it be in the future, a time when “He is present [in the world] ... [even] more than during his lifetime.”[5]

Thus, the choice given us is that we have the privilege to join him in the areas under his leadership.

It is certain that all activities will continue as before. And just as every living thing [constantly grows, his activities] will conform to the principle that “One should always rise higher in holiness,”[6] in an ever-growing and expanding manner. ... The Rebbe gave, gives, and will give the opportunity to everyone to take part in these activities.

He also promised that participating in his activities will bring blessings in children, health, and livelihood.

So the Rebbe teaches clearly that a Rebbe never leaves his chassidim, and continues to lead them even after his histalkus just as before. This principle surely applies to the Rebbe himself (especially according to the principle that the Rebbe himself taught us on many occasions that “he rules concerning himself,” explained here).

Another reason that the Chabad movement will not appoint a new Rebbe is that the Rebbe clearly defined the “mission statement” for his generation in the very first Ma’amar that he delivered, Basi Legani. Our task is to draw the Shechinah [divine presence] down into the world, with the actual coming of Moshiach (see here). Or, as the Rebbe put it in more recent years, “This generation is the last generation of exile and the first generation of redemption.”[7] Since, to state the obvious, Moshiach is yet to come, the Rebbe’s role as Leader of the Generation surely continues.

Moreover, the tremendous, ongoing, ever-growing success, kein ayin hara, that the Rebbe’s chassidim and shluchim have had in spreading Yiddishkeit and Chassidus worldwide despite the Rebbe’s physical absence attests tangibly and powerfully to the Rebbe’s ongoing leadership.

Finally, a word must be said, with all due respect, about the questioner. What I will explain also accounts for the fact that it is typically non-Chabad chassidim who (often with well-meaning intentions) pose this question. The very question reveals a total lack of understanding (usually not the questioner’s fault) about the concept of a Rebbe, especially as explained in Chabad teachings (for more on this topic, see here).

A Chabad Rebbe is not a glorified CEO of a company, a figurehead, and a charismatic leader. He is (and this is completely not doing justice to the concept) a truly holy person. Moreover, not only does he fit the Tanya’s definition of a Tzaddik gamur—one who is completely pure, and not only has no evil inclination, but derives no pleasure from anything worldly, and even finds physical delights abhorrent[8]—but he is a Rebbe, which means far, far more. Just one example of just how lofty is the level of a Rebbe was mentioned above, “The entire being of a Rebbe is the soul-level of Yechidah, and he elicits this level into every section of his soul and of his body.”[9]

Since, on account of the “decline of the generations,” truly holy people are not around anymore, never mind people of the caliber of a Chabad Rebbe, choosing a regular person, even a great scholar who is a very refined, inspired person, and declaring him Rebbe would be utterly absurd. It would be akin to declaring a chicken a person, and expecting it to manage a company. This would obviously make a farce of the entire concept of a Rebbe, and would in any case fail miserably. This is nicely put by the response of Reb Zalman Marozov sheyicheh to a distinguished rabbi who posed this question to him: “In Russia, we had a very hard time obtaining an esrog. We would have to go to great lengths and spend exorbitant sums of money, and the whole town would share the use of one esrog. And yet no one thought to ‘solve’ the problem by simply taking a lemon and declaring it an esrog ...

Like what you read? The articles I write take a lot of time and effort. Please contact me to sponsor an article for (at least) $36 in honor of the birthday, wedding anniversary, or yarhtzeit of a loved one, or for a refuah shleimah or the like. Also, see here concerning the tremendous merit of supporting the dissemination of Chassidus, and the blessings that one receives for doing so.

Posted by Yehoishophot Oliver at 7:12 AM

Email ThisBlogThis!Share to TwitterShare to FacebookShare to Pinterest
labels: bonding with the Rebbe, love among chassidim, Moshiach, post-Gimmel Tammuz, Yechidah