Of Angels and Men 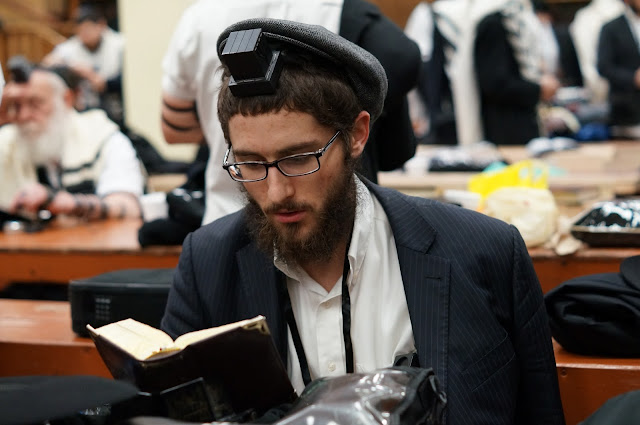 Of Angels and Men

Meluchah exists when the people voluntarily appoint a certain person king, committing to comply with his every edict, as in the verse, “They accepted His Kingship willingly.”[1]

In contrast, memshalah exists when one party rules over another against or without that person’s will, typically through the use of force. Although the person submits, he does so begrudgingly. The domination of mankind over the animal kingdom is an example of memshalah: Only once duress is applied does the animal submit, because it lacks the intellectual ability required to choose to submit to man voluntarily.

This is the difference between mankind and angels. Man has free choice—the ability to consciously, freely choose to submit to and obey Hashem, or sin and rebel against Him, G–d forbid.

Angels, on the other hand, are referred to as animals,[2] and so just as animals can only be ruled through memshalah, so are angels only capable of submitting to Hashem’s rule through His memshalah.

To be sure, there is a vast difference between human memshalah over animals and divine memshalah over angels. Animals submit to humans out of fear of punishment, while angels submit to Hashem out of a passionate desire to connect to G–dliness. Yet the angels’ submission is still considered memshalah because it comes naturally and automatically, and the angels are incapable of consciously choosing to connect to Hashem.

Now, this is not to say that angels lack intellect. On the contrary, angels possess a level of intellect far superior to that of mankind.[3] This is even true of the lowest angels, but all the more so of the highest angels, those found in the world of Beriyah, the Seraphim (for more on these angels, see here).

The world of Beriyah is suffused with a revelation of the level of Binah (“understanding”) of Atzilus, the world above it,[4] which grants the Seraphim, who reside in that world, a sublime understanding of Hashem’s greatness. Thus, the Seraphim declare “Holy, holy, holy is the L–rd of Hosts,”[5] because they truly grasp, with their powerful, sublime intellect, how Hashem utterly transcends all the spiritual worlds. This awareness inspires them to an all-consuming love for Hashem and a yearning to become subsumed in that level of pure G–dliness. This feeling is so intense that they become burnt up and cease to exist.

Yet although angels possess intellect, their primary form of relating to Hashem and serving Him is not intellectual, but emotional. Angels are endowed with a powerful ability to experience emotions of love and fear of Hashem. These emotions are not produced by the angels’ intellect, but exist as an inborn desire that defines their very being. This is why angels are compared to animals, which are also naturally programmed to follow their instincts and desires, without any need for or possibility of a prior intellectual process.

But if angels possess intellect, and their submission to Hashem results from their intellectual understanding of Hashem’s greatness, doesn’t that prove that they also have free choice?

No, it doesn’t. Yes, angels use their intellect to excite their emotions; however, intellect is merely the trigger. Understanding Hashem’s greatness to whatever extent is necessary for them sets off their existing inborn emotions of love and fear for Hashem, so that excitement is not in and of itself intellectually based.

In contrast, man’s defining characteristic is intellect, and he is capable of using his intellect to create emotions. These emotions exist and are defined entirely by the nature of the intellect that produced them.

This explains further why Torah refers to angels as animals, why angels’ possession of intellect does not detract from their lack of true free choice, and why Hashem’s rule over angels is defined as memshalah.

Although mankind’s core characteristic is intellect, this is not to say that emotions are unimportant. On the contrary, man must not suffice with his intellectual grasp of G–d’s greatness; rather, this knowledge should inspire him to openly-felt emotions,[6] as it is written, “You shall know today and set it upon your heart that Hashem is the L–rd”[7]—“You shall know” must lead one to “set it upon your heart” (for further explanation, see here).

Such emotions (although weaker, as above) are settled and balanced, real and genuine, and will therefore also inspire the person to passionate observance of Mitzvos and good deeds, refined and loving treatment of others, and appropriate caution from falling into sin.[8]

In conclusion, These emotions are superior to those of animals—and in a sense, also to those of angels—because they are produced by the intellect.

~~~~~~~
Like what you read? The articles I write take a lot of time and effort. Please contact me to sponsor an article for (at least) $36 in honor of the birthday, wedding anniversary, or yarhtzeit of a loved one, or for a refuah shleimah or the like. Also, see here concerning the tremendous merit of supporting the dissemination of Chassidus, and the blessings that one receives for doing so.
Posted by Yehoishophot Oliver at 1:46 PM