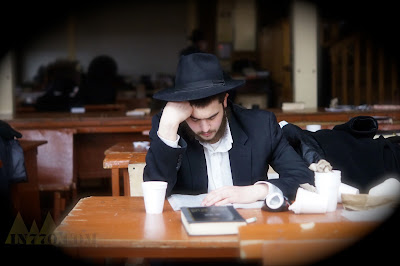 Hashem’s creation is awesomely vast. It encompasses not only our world, but also the entire Seder Hishtalshelus, the awesomely vast system of higher spiritual worlds that ends with our physical universe (see here).

Yet all the beings that Hashem created possess a fundamental limitation: Each one is endowed with a very small repertoire of qualities and character traits. With these few traits each creature is equipped to carry out its individual role, but is unable to perform any other role.

In the animal kingdom we find that each species exhibits a distinct emotional tendency. For instance, the raven is cruel, while the eagle is compassionate, and so on.

So is it in higher spheres: The angels, which are compared to animals,[1] are also limited to the distinctive traits with which they were created. Gavriel, the angel of fire and strictness, is unable to deviate from its nature and be kind, while Micha’el, the angel of water and kindness, is unable to be harsh. Thus, of the supernal angels it is written that Hashem “established them forever and ever; He has established a decree that shall not be transgressed,”[2] for they are unable to change.

This is also the reason that “one angel cannot perform two missions”:[3] since its character is fixed, it is incapable of expressing itself in any other way.

In contrast, Hashem fashioned mankind as a microcosm of the Seder Hishtalshelus, and so his inner self encompasses all levels in miniature. Thus, he is endowed with the entire spectrum of character traits, ranging from the highest to the lowest and from one extreme to another.

We can observe this is in the classic episode of the binding of Yitzchak. Hashem asked Avraham, who personified kindness,[4] to deviate from his nature and act with such harshness as to kill another person—and not just anyone, but his only son. Yes, Avraham was ready to obey because Hashem requested it of him. But how could he have obeyed, if his defining attribute was kindness? The answer is that no matter how much a person excels in a particular trait, he always retains the ability to act differently. Thus, although Avraham excelled in kindness, he could still be cruel.

Conversely, even the criminal guilty of the most dastardly crimes, the sort whom all will agree belongs in an electric chair, is capable of being kind and loving.

This is the reason that when the Torah describes the creation of all the other creatures, Hashem is referred to in the singular—“And Hashem made the firmament”;[5] “And Hashem made the animals of the earth”;[6] and so on. Only in connection with mankind do we find the plural form—“Let us make man.”[7] This alludes to the unique multiplicity that Hashem implanted within the mankind such that his spiritual makeup parallels all the higher heavenly spheres, and thus runs the entire gamut of qualities.

(To be continued, G-d willing.)

~~~~~~~
Like what you read? The articles I write take a lot of time and effort. Please contact me to sponsor an article for (at least) $36 in honor of the birthday, wedding anniversary, or yarhtzeit of a loved one, or for a refuah shleimah or the like. Also, see here concerning the tremendous merit of supporting the dissemination of Chassidus, and the blessings that one receives for doing so.
Posted by Yehoishophot Oliver at 6:30 PM