The toxicity of spiritual emptiness 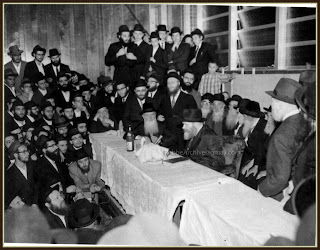 The toxicity of spiritual emptiness


Recently someone said to me, and in all seriousness: “I’ve become more moderate and modern. I trim my beard, I don’t make a point of studying Torah so much anymore ... But I’m very careful on Halachah, really. True, I watch movies sometimes, but only kosher ones ... Yes, I do a, b, and c, which most people consider forbidden, but I got a heter from my Rav, so it’s alright ... It’s just that I’m not as machmir as I once was.”

In context, the Torah is explaining to us that on account of Yosef’s righteousness, he was saved from these lethal creatures. However, there is a deeper meaning and lesson. “Water refers to Torah,”[4] and when the Jew “contains no water”—no Torah, i.e., his life is bereft of Torah study, then “he does contain snakes and scorpions”—he exposes himself to the assault of his evil inclination, which is compared to a pit.[5]

To explain, as soon as the Jew allows a situation in which he neglects Torah study and Mitzvah observance, he is left in a spiritually empty atmosphere, an “empty pit.”[8] He then goes from drifting to sliding down a slippery slope, and “one sin brings another in its wake”[9]: It begins with machshovos zoros—empty, idle, and inappropriate thoughts; it continues with devarim beteilim—empty, idle, and inappropriate chatter; until, may Hashem save us, it leads to inappropriate actions and behavior.

To be more specific, different people will be affected by living in an atmosphere of spiritual emptiness in different ways.[11] One may be overcome with an urge to gaze at forbidden sights; think thoughts of irreverence and heresy; gossip and spread malicious rumors about others, or listen to such speech; or tell hurtful and even perverse jokes, and so on.

This also relates to our interactions with others.[12] Our sages say: “When two sit together, and they do not exchange words of Torah, it is a gathering of scoffers. However, when two sit together and they exchange words of Torah, the Shechinah [divine presence] resides in their midst.”[13] Our sages indicate that there is no middle option—a gathering to eat that is neither a gathering of scoffers nor a resting place for the Shechinah. The very act of neglecting to discuss words of Torah is in itself an act of derision of Torah, may Hashem save us, for Hashem commanded: “You shall speak in them”[14]—in words of Torah—“and not in idle chatter.”[15] Thus, as our sages say[16] “One who has the opportunity to engage in Torah study and does not do so, of him the verse states,[17] ‘He has disagraced the word of Hashem.’”

There is only one way for a Jew to live in happiness and personal fulfillment (see here): “I was created to serve my Maker”[18]—the Jew’s purpose in life is to serve Hashem, and so he must live a life sincerely devoted to this goal, in which “Hashem is always placed before him.”[19] He sets fixed times for Torah study, and is careful in all mundane matters that “All your actions should be for the sake of Heaven,”[20] and “In all your ways, know Him;”[21] he is careful to follow the letter of the law, and he strives to go beyond the letter of the law according to his capabilities, all the while setting up a solid wall (see here) between himself and the spiritually hostile secular world (see here).

Thus, there is no middle ground, no “Modern Othodox,” no “pareve” and “neutral” way to live as a Jew vis-à-vis the world., to have “the best of both worlds,” somewhere “moderate” and “modern” in between holiness and unholiness.

The explanation for this is simple. Evil lurks both within and without, waiting to pounce. It exists within, in one’s own evil inclination, for “man was created evil from his youth,”[22] and the evil inclination fights mightily for total control over the Jew’s body.[23] And it exists without, for ours is a “world of the forces of Kelipah and Sitra Achra, and the wicked prevail in it.”[24]

Our survival as Jews depends upon Torah. As Rabbi Akiva taught,[25] Torah is to the Jewish people as water is to fish. When fish are separated from water, they immediately die; so, too, when the Jewish people separate from Torah, they cannot survive as Jews. Just as a fish cannot spend some of its time inside the water and some of the time outside it, so is it with a Jew—either he is actually learning Torah, or he is involved in revealing the light of Torah in the mundane world.


Dedicated by Doctor Binyomin Rothstein and family, as a merit for their aliyah to our Holy Land to be crowned with material and spiritual success and prosperity.

Like what you read? The articles I write take a lot of time and effort. Please contact me to sponsor an article for (at least) $36 in honor of the birthday, wedding anniversary, or yarhtzeit of a loved one, or for a refuah shleimah or the like. Also, see here concerning the tremendous merit of supporting the dissemination of Chassidus, and the blessings that one receives for doing so.
Posted by Yehoishophot Oliver at 4:50 PM