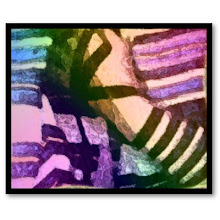 Tefillas HaShachar: Uninternalized commitment
Rabbi Yehoishophot Oliver
We begin Tefillah with the declaration, “Hodu—acknowledge Hashem.” This is the purpose of the first section of Tefillah: A general, all-encompassing submission (hoda’ah) to Hashem that is yet to be fully understood and integrated within one’s personality.

However, this hoda’ah is different from that of Modeh Ani.[1] Since Modeh Ani is recited when one first wakes up in the morning, the person has not engaged in any reflection at all. He is akin to one who simply recognizes that something exists, despite his total lack of comprehension of it. He sees that Hashem has restored his Neshamah to him, so he offers thanks to Him on the most basic level, despite his total lack of understanding.

In contrast, Tefillas HaShachar is akin to a person who acknowledges something that he has begun to understand, albeit only on a very superficial level. The reason that this section involves some level of understanding is that it follows the Morning Blessings, in which the person reflects upon Hashem’s kindnesses on a basic level.

This reveals the lowest level of the Neshamah, that of Nefesh, which drives the Jew to bring his thought, speech, and action to conform to the will of Hashem. This is the most basic level of divine service. This represents the concept that divine service begins with obedience, with declaring “we will do” before “we will hear [understand].”[2]

At this point one lacks inspiration and enthusiasm, for by definition, a beginner has not yet invested the necessary effort to reach such a feeling, for that is a more advanced stage—the next level of Tefillah, Pesukei DeZimrah.


Dedicated by Doctor Binyomin Rothstein and family, as a merit for their aliyah to our Holy Land to be crowned with material and spiritual success and prosperity.


Like what you read? The articles I write take a lot of time and effort. Please contact me to sponsor an article for (at least) $36 in honor of the birthday, wedding anniversary, or yarhtzeit of a loved one, or for a refuah shleimah or the like. Also, see here concerning the tremendous merit of supporting the dissemination of Chassidus, and the blessings that one receives for doing so.
Posted by Yehoishophot Oliver at 10:11 PM