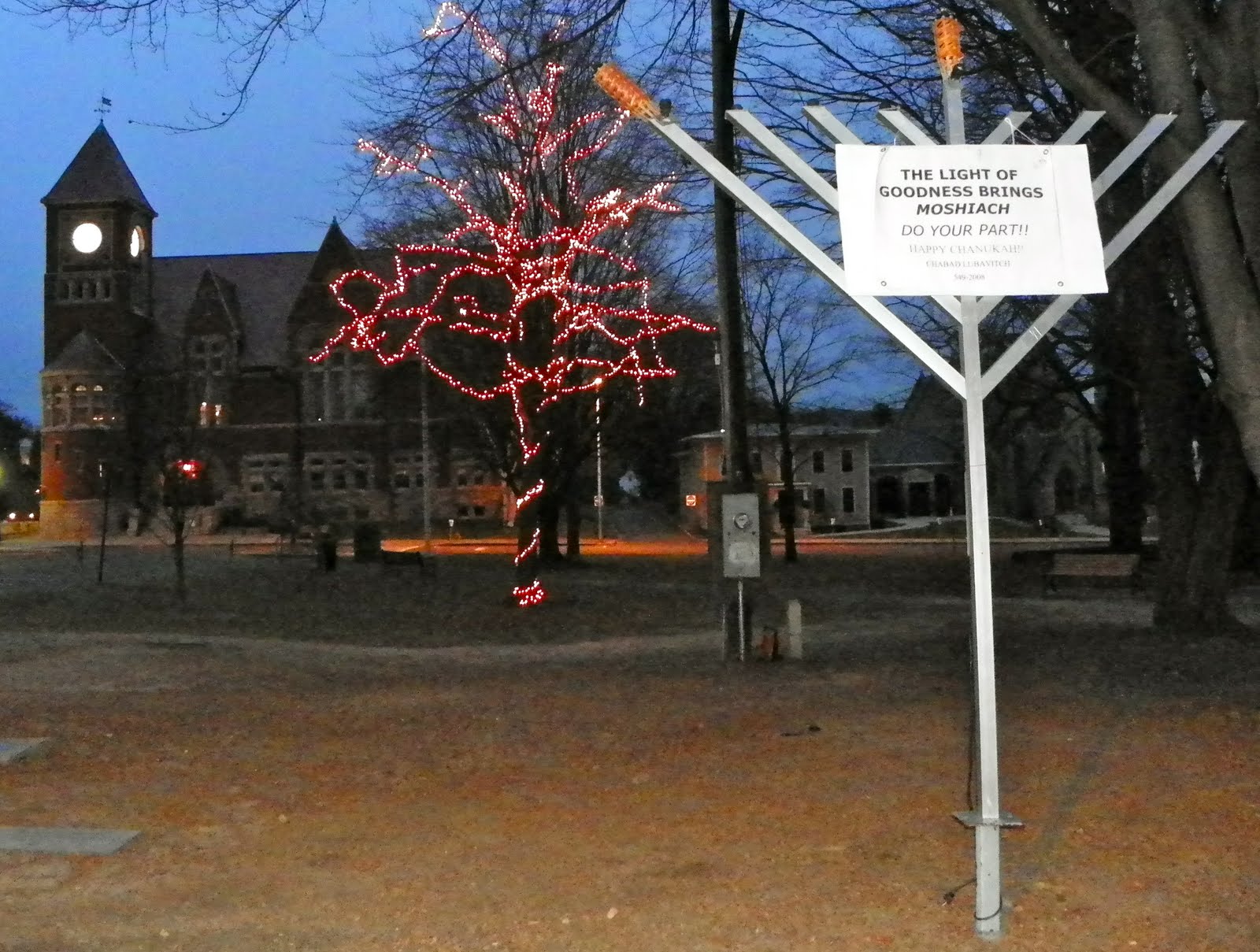 (This post comes in continuation to the posts here, here, and here.)
How did the Maccabees respond to the influence of the Greeks, who desired to entice them to sin?

Chassidus explains[2] that the horn, which is above the head, represents serving Hashem with bittul and suprarational self-sacrifice, and this mode of divine service stems from the very essence of the Neshamah. Since Dovid and Shlomo displayed this self-sacrifice, their kingdom “continued,” i.e., it lasted in a permanent, eternal way, akin to a horn, which is solid and lasting. For since the essence of the Neshamah transcends change, by tapping into this energy, one brings permanence and eternity into one’s own divine service.

In contrast, Sha’ul personified Binah, understanding, for he had attained a sublime level of intellectual greatness. Now, of course intellect is vital in the service of Hashem; in particular, “The mind dominates over the heart.”[3] However, intellectual study only connects one with a level of G–dliness that is subject to change, and so Sha’ul’s kingdom did not last.

This was the Maccabees’ response to the Greeks’ demand, “Write for yourselves on the horn of an ox that you have no portion in the G–d of Israel.”[5] Seeing that the Greeks sought to degrade the Jewish people to the “horn” of unholiness, as explained in the previous post, the Maccabees realized that they must respond in kind, with the “horn” as it exists in the realm of holiness—unyielding suprarational self-sacrifice that stems from the essence of the Neshamah.
Through this approach they were victorious, and they came to “thank and praise G–d’s great name,” which refers to Hashem’s very Essence. Since they served Hashem with the essence of their Neshamos, they were rewarded with a personal revelation of Hashem’s very Essence.

Likewise, in our time as well, the forces of secularism and hedonism “rise up against us to destroy us.”[6] They strive both overtly and subtly to lure us, G–d forbid, to abdicate our special, chosen role as Jews, to give up our precious Torah and Mitzvos, and to assimilate into the non-Jewish society.

The only response to this pressure is mesiras nefesh—to press ahead with uncompromising self-sacrifice, obedience, and devotion to practicing and disseminating Torah and Mitzvos despite all the difficulties that one may face.
Moreover, this approach should be more than merely one aspect of our divine service; it must be the very foundation of our divine service, such that it is recognizable from the very beginning. Only then can we be confident that our efforts will bear fruit that will last permanently.

Through this we will surely merit a miraculous victory over all negative forces in our time, and the ultimate divine salvation—the arrival of our righteous Moshiach, may he come NOW!


This post was dedicated in the merit of a refuah shelamah for Rabbi Yoseph Dov ben Freeda and Chanah Freeda bas Feiga Zelda.
Like what you read? The articles I write take a lot of time and effort. Please contact me to sponsor an article for (at least) $36 in honor of the birthday, wedding anniversary, or yarhtzeit of a loved one, or for a refuah shleimah or the like. Also, see here concerning the tremendous merit of supporting the dissemination of Chassidus, and the blessings that one receives for doing so.
Posted by Yehoishophot Oliver at 9:50 PM