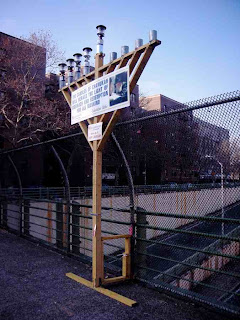 The Greeks sought “to bring them [Jewish people] to forget Your Torah.”[1]

The wording here is precise: The Greeks did not oppose Torah study per se; on the contrary, since Greek culture valued intellect as the greatest good, and they recognized the beauty, depth, and complexity of Torah—as it is written, “for it is your wisdom in the eyes of the nations”[2]—they held Torah study in high esteem as a most sublime, profound intellectual pursuit. In this sense, they were willing to allow and even encourage the Jewish people to study Torah.

Rather, they opposed Torah study with the belief that it is “Your Torah”—that it is divine. Torah is not just another wisdom among many; it is more than even a very advanced wisdom, more advanced than all others. Likewise, Torah is not a tool for intellectual gratification and development, G–d forbid—although it does carry those fringe benefits as well.

Rather, although it involves the intellect, Torah is fundamentally different—it is holy intellect. In these ostensibly intellectual teachings, Hashem reveals to us His will and wisdom, which are infused with a sublime level of G–dliness that transcends intellect altogether. And so by studying Torah, the Jew is able to unite with Hashem, as it is written, “Three knots are tied to one another: The Jewish people to Torah, and the Torah to Hashem.”[3] This means that by grasping the technical details of Torah,[4] the Jew fuses his mind and soul with a level of pure G–dliness that completely transcends intellect.

It was this submission to the suprarational that the Greeks so vehemently opposed, and which they sought to prevail the Jewish people to forget—even, if necessary, through brute force.

But before they resorted to force, how did they seek to contaminate the Jews’ Torah study? By systematically enticing them to become preoccupied with secular wisdoms and to view amassing secular knowledge as a highly desirable pursuit of inherent ethical value.

In this way, the Jews came to treat these wisdoms as on a par with the wisdom of Torah (lehavdil). Once Torah wisdom is treated as the equal of secular wisdom, the student loses the sensitivity to the Torah’s inherent holiness, and views it as a purely intellectual pursuit, may G–d save us.

This is the deeper reason that when they broke into the Beis Hamikdash, the Greeks made a point of contaminating all the oil that they could find. Oil represents wisdom,[5] and the Greeks fought with all their might to contaminate the holy oil of Torah with the impurity of secular wisdom, and thereby influence the Jewish people to treat Torah as if it were no different from other wisdoms, G–d forbid.

The Greeks’ success at contaminating the pure oil in the Beis Hamikdash represented the fact that unfortunately, they had been largely successful at their mission of secularization, and many Jews in that time succumbed to the intensely powerful lure of Greek wisdom. At first they studied it as outwardly religious Jews, and then they dropped Jewish observance altogether, defecting to the ranks of the anti-religious Jewish Hellenists, who eagerly took up the battle-cry of the Greeks to “modernize” the “old-fashioned” and “superstitious” Jews (G–d forbid).[6]

However, it is written, “one nation will prevail over another nation”[7]—“when one rises, the other falls.”[8] Although in context, this verse is discussing the conflict between Yaakov and Esav, the same principle can be applied to other spiritual conflicts. Thus, when the Maccabees fought vigorously back and promoted Torah study, they prevailed over the Greeks and the insidious infiltration of Greek wisdom in the Jewish community.

Of course, the Maccabees did not merely promote Torah study—they promoted Torah study permeated with pure faith in Hashem, the Giver of the Torah, and it was this Torah study that dispelled the corrupt influence of the wisdom of Kelipah.

The key to approaching the Torah with such faith is cultivating bittul, humility. Of the Torah it is written, “It is not in the heavens, nor across the sea.”[9] The Talmud interprets: “The Torah will not be found among the arrogant and in one who expands his mouth upon it.”[10] No matter how much Torah an arrogant, egotistical person studies, the light of Torah cannot enter him. Only when the student of Torah sincerely humbles himself to Hashem and to the holiness in His Torah is he a fit vessel for the Torah’s light.

And when one studies Torah with bittul, he is also able to study secular studies for the sake of Heaven. He views these studies as fundamentally subordinate to Torah, as having no inherent value, and as serving as nothing but a means to an end (to earn an ample livelihood or as a tool to understand a concept in Torah, and so on[11]). Then his Torah study will remain pure and untainted, and he will not be adversely affected by studying these wisdoms. Thus, we find that many of our greatest sages, notably the Rambam and the Ramban, attained great erudition in secular wisdom.[12] Their bittul to G–dliness was so sublime that they were able to use secular wisdoms themselves for the sake of Torah and divine service.


This post was dedicated by Reb Kasriel and Zippi Oliver in honor of the birthday of Yehudis Fraida Tsap (Yehudis Fraida bas Hindeh Zeldah Bracha) on 8 Kislev. Also dedicated by Rabbi Shmuli Markel and family (Shmuel Leib ben Esther and Sara Rochel bas Chaye Nechomoh). May we be immediately reunited with the Rebbe!


Like what you read? The articles I write take a lot of time and effort. Please contact me to sponsor an article for (at least) $36 in honor of the birthday, wedding anniversary, or yarhtzeit of a loved one, or for a refuah shleimah or the like. Also, see here concerning the tremendous merit of supporting the dissemination of Chassidus, and the blessings that one receives for doing so.
Posted by Yehoishophot Oliver at 9:23 PM