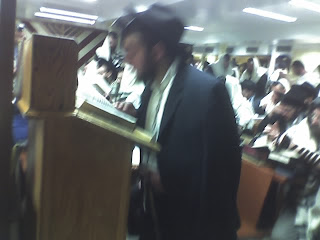 In particular, the focus of this inner bonding is changing one’s emotions, and so Tefillah is called “the service of the heart,”[2] for the goal of Tefillah is to transform one’s heart to love and fear Hashem.

How does the person transform his emotions? This comes through intellectual understanding that is followed by hisbonenus, contemplation on Hashem’s greatness. This is the meaning of the verse, “Know [“da”] the G–d of your father, and serve Him with a complete heart.”[3] The word da refers to Da’as, awareness of G–dliness that permeates the person, which can only be achieved through hisbonenus.[4] This verse is telling us that every Jew is obligated to reflect upon Hashem’s greatness according to his ability, and thereby inspire himself to love and fear of Hashem.

There are different kinds of hisbonenus, each one designed to bring to a different emotion. In Tefillah, each section has its own individual hisbonenus.

Rising up the rungs

These sections (and the specific hisbonenus that accompanies each one) are alluded to in the verse concerning Yaakov: “And he dreamed, and behold, a ladder was fixed in the earth, and its head reached the heavens.”[5] The ladder here alludes to Tefillah.[6] The Jew starts at the lowest rung of the ladder of Tefillah and rises ever higher, until he can reach the greatest spiritual heights.

In particular, the ladder of Tefillah is said to have four rungs—the four sections of Shacharis, the Morning Prayer: Tefillas HaShachar, Pesukei DeZimrah, Blessings of Shema/Shema, and Shemoneh Esrei.

When the person first wakes up, his Neshamah is said to be only “in his nose.”[8] It only encompasses him; it has not become revealed in him at all. Through Tefillah, however, he brings the Neshamah to a state of full revelation in the body. He does this by revealing ever-higher levels of the Neshamah.

Each level of the Neshamah is revealed through engaging in the hisbonenus connected with the corresponding section of the liturgy.

Likewise, through each successive section of Tefillah, one rises up to connect one’s soul to a progressively higher spiritual world, of which there are four.


Like what you read? The articles I write take a lot of time and effort. Please contact me to sponsor an article for (at least) $36 in honor of the birthday, wedding anniversary, or yarhtzeit of a loved one, or for a refuah shleimah or the like. Also, see here concerning the tremendous merit of supporting the dissemination of Chassidus, and the blessings that one receives for doing so.
Posted by Yehoishophot Oliver at 8:55 PM

Email ThisBlogThis!Share to TwitterShare to FacebookShare to Pinterest
labels: basics of prayer, levels of the soul, the Rebbe Rashab's teachings