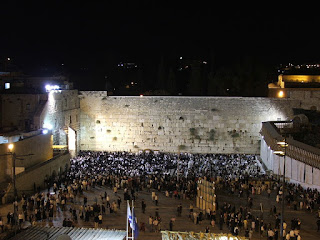 Everyone possesses both good and bad middos, emotional character traits. Some exist innately, from birth, while others are learnt from others, whether by direct inculcation, or by example.

Moreover, “Hashem made this one”—the side of impurity—“opposite this one”[1]—the side of holiness. So not only do both kinds of emotions exist, but they parallel one another. For example, although kindness is typically positive, it can also take on an evil form. Strictness is often negative, but it can also come out positive—and so on (see here).

Actions are dictated by emotions. Intellectual awareness alone will not bring forth a commensurate action. Emotions constitute the energy and drive that bring intellectual convictions down into action.

Conversely, negative emotions naturally draw the person to commit wicked deeds—sins—or permitted deeds with only selfish intent, without the desire to serve Hashem. Likewise, they entice the person to be idle and not exert oneself to perform Mitzvos to the extent of one’s capabilities. And just as we were commanded to expel the seven nations from the Land, so are we commanded to banish our negative emotions from within, so that that they not lead us to sin. Then we can truly “settle the Land” within by cultivating positive and even holy emotions.


May Hashem grant us much inner strength to overcome and banish the negative and selfish emotions within, and develop and ingrain within ourselves positive and holy emotions. This effects an “inner redemption” which hastens the coming of the true and complete redemption through our righteous Moshiach—may he come to redeem us today!


This post was dedicated by Shmuli Markel and family (Shmuel Leib ben Esther and Sara Rochel bas Chaya Nechomoh), and by Yisroel Meir Raphael and family.


~~~~~~~~~~~~~~~~
Like what you read? The articles I write take a lot of time and effort. Please contact me to sponsor an article for (at least) $36 in honor of the birthday, wedding anniversary, or yarhtzeit of a loved one, or for a refuah shleimah or the like. Also, see here concerning the tremendous merit of supporting the dissemination of Chassidus, and the blessings that one receives for doing so.
Posted by Yehoishophot Oliver at 10:34 PM