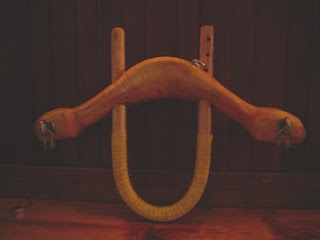 “Kabbolas Ol Malchus Shomayim” (or “Kabbolas Ol” for short) means accepting of the yoke of divine sovereignty. It sounds holy, but for many people it is a dirty, and even a taboo word. Why does it have such a bad reputation?
People think that Kabbolas Ol means surrendering one’s individuality and becoming a robot. They may not say it outright, but they feel that Kabbolas Ol is anti-self, anti-personality. “Enter the cage, and if you don’t fit, we’ll knock you in until you do, until you fit the mold, and you’re boxed in good and proper. On with the assembly line!”


However, the truth is the exact opposite.
Not only does Kabbolas Ol not prevent the person from reaching his potential, but it is the key to reaching it.
Kabbolas Ol is like the petrol in the Jew’s tank. It is like the foundation of the building; without its foundation, the building will fall; it’s only a matter of time until a hurricane comes, and the building collapses.
So, too, in life: When the Avodah is based on intellect or emotions, but not on Kabbolas Ol, then a challenges and difficulties arise, the person will not have the inner strength to persevere. It will make no difference how advanced his intellect is or how intense and deeply-felt his emotions are. They will not last; they cannot last.
In this way Chassidus[1] interprets the Talmudic statement, “When a daughter comes first, it bodes well for sons”[2]: If one’s avodas Hashem begins with the daughter—the feminine aspect of Kabbolas Ol, then it bodes well for sons—development of fear and love of Hashem based on reason.
Chassidus discusses this idea in connection with the verses in Tehillim 27[3] we say “be’zois ani botei’ach”—“in this one I trust.” What is the “this one” he refers to? The commentators disagree: Rashi says that it refers to the beginning of the kapitel, where King Dovid says that G–d is his light,while the Malbim says that it refers to “achas sho’alti,” King David’s request to sit in G–d’s house continuously.
However the Rebbe, the Tzemach Tzedek[4] interprets it as self-contained, and referring to something apart from the preceding verses. It is saying “be’zois ani botei’ach.” He cites several interpretations of zois, “this one,” and then concludes with explaining that since zois is written in the feminine, it refers to the notion of fear of Hashem and Kabbolas Ol. The verse is saying, “In Kabbolas Ol I trust”: Security in avodas Hashem comes only through Kabbolas Ol.
In contrast, it is written[5] “U’chesil loi yovin es zois”: “A fool doesn’t grasp zois”—the greatness of Kabbolas Ol. (Incidentally, this is in stark contrast to the perspective of secular society, which looks down on a believer. In that world, the greater the skeptic and heretic, the greater the intellectual he must be; the greater the believer, the more of a fool. Chassidus teaches that the exact opposite is the case.)
To further illustrate this concept: The Alter Rebbe once sent a Shadar[6] to two Chassidim to collect tzedakah. Normally the Alter Rebbe would prescribe for Chassidim how much they should give. This time, however, the Alter Rebbe told the Shadar not to ask for a specific amount.
The Shadar came to the first Chossid and told him that the Alter Rebbe had said that he should donate tzedakah. The Chossid asked how much, and the Shadar was silent. The Chossid said, “If the Alter Rebbe didn’t specify an amount, then that means he must want everything!” So he searched and gave him everything he owned.
When the second Chossid heard that the Alter Rebbe had not specified an amount, he decided that he would not give anything to the Shadar. Instead, the next day he would travel to the Alter Rebbe, and ask how much to give. So the next day he travelled, and the Alter Rebbe indeed told him how much to give.
A while later the Alter Rebbe sent the Shadar to the same two Chassidim, this time with the instruction that they should leave their house. The first Chossid immediately packed all his belongings into a wagon, sold what he could, and left without any clue where he was going. The second Chossid, however, decided that the next day he would travel to the Alter Rebbe and ask why he should leave, and where he should go. He was willing to leave, but he felt that he needed to be told so directly, explained why, and told where to go.
Soon after the first Chossid left there was a fire in the city, and the second Chossid barely made it out of the inferno with his wife and children.
Which Chossid was smarter? At first glance, the one who asked for clarification and explanation.
However, this is a mistake. The first Chossid was no simpleton. They were both Chassidim of the Alter Rebbe—learned, devoted Chassidim. Still, all the scholarship and rapturous prayer of the first was based upon Kabbolas Ol, and therefore his end was fortunate, while the second Chossid lacked that foundation, and his end was less fortunate.
Men darf zein ois-zich bichdei tzu zein zich. Only by giving ourselves up can we find and be ourselves, and truly realize our hidden individual potential.
To sum up: A Jew should not be Torah-observant or follow the path of Chassidus because he derives intellectual and emotional satisfaction from this lifestyle. Rather, his intellectual and emotional predilections should be secondary. That’s not to say that they’re unimportant, but that they are not the highest, foremost value in his weltanschauung. His highest value is performing the task that his Master and King, the Creator and Director of the universe, assigned for him. If that task turns out to be intellectually and emotionally gratifying as well, then so much the better, and the person should thank G–d for His kindness in granting him this sense of fulfillment. But even if it doesn’t, he doesn’t complain or lose his enthusiasm, because he knows that it’s not about what he needs, but about what he is needed for. Yet paradoxically enough, precisely this approach is the surest way to attain fulfillment in one’s personal life as well.


[1] Torah Ohr, Mishpotim 79a. Likkutei Torah, Shir HaShirim 67a. See also
[2] Bava Basra 141a.
[3] This kapitel (Psalm) is read from the beginning of the month of Elul until Hoshana Rabba.
[4] Yahel Ohr, p. 98.
[5] Tehillim 92:7.
[6] “Shlucha DeRabonon,” a distinguished emissary who would collect money for tzedakah and deliver farbrengens and discourses of Chassidus.
Posted by Yehoishophot Oliver at 10:54 PM